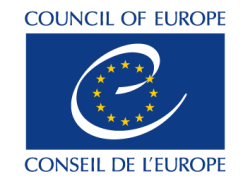 The implementation of Recommendation CM/Rec(2016)5 of the Committee of Ministers to member States on Internet freedom is a shared objective and commitment of all stakeholders, including governments, civil society and the private sector.

States are encouraged to strengthen their commitment, in particular by:

The Council of Europe has a key role to play in promoting Internet freedom in the European continent, in particular by:

International co-operation between the Council of Europe and the other international organisations, notably the OSCE, UNESCO and the European Union should be reinforced in order to better coordinate efforts of the international community to effectively protect and promote human rights in the Internet environment.

Business stakeholders are encouraged to make the protection of human rights online an integral part of their business practices and to continue making information about human rights protection online publicly available in their Internet transparency reports. They are also encouraged to participate in member States reviews and evaluations of Internet freedom.

Return to the conference page