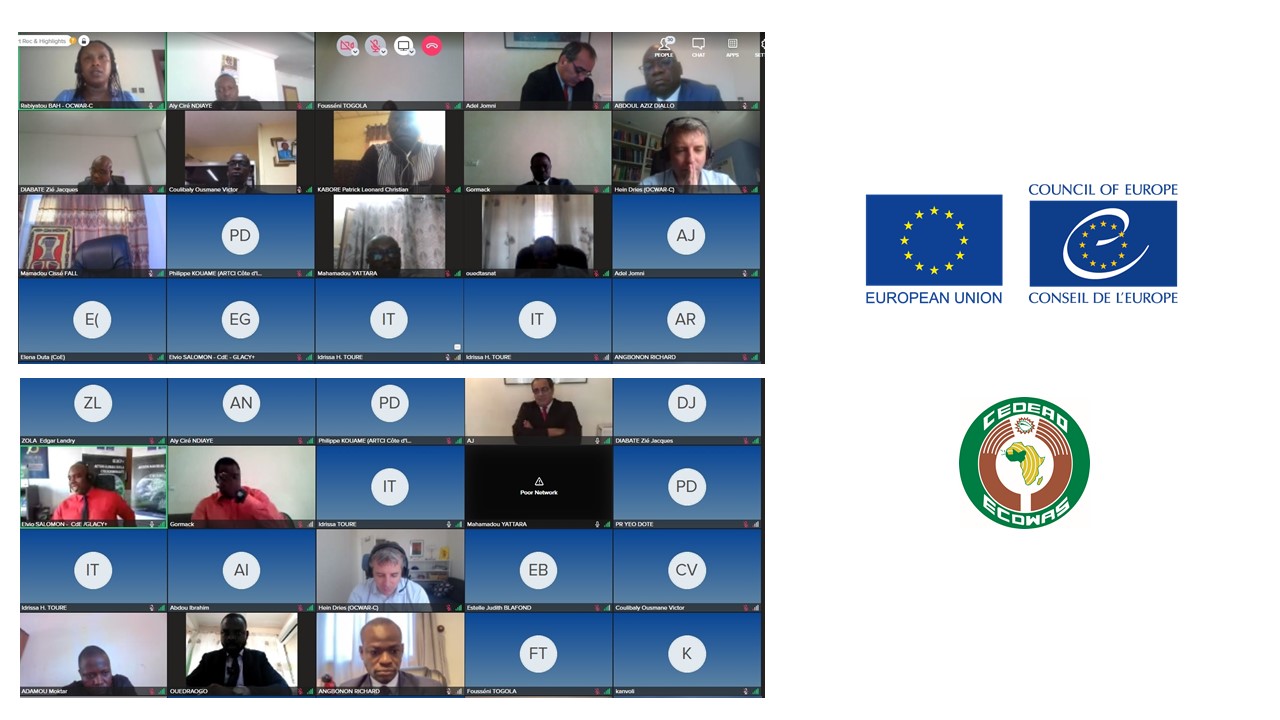 The ECOWAS Commission and the Council of Europe are partnering, through the OCWAR-C and, respectively, the GLACY+ project, to support strengthening national and regional judicial capacity in the ECOWAS region through a training programme on cybercrime and electronic evidence.

Between 12 - 15 July 2021, some 25 judges and prosecutors from the ECOWAS French speaking countries - Benin, Burkina Faso, Cote d’Ivoire, Niger, Mali and Senegal - have participated in the Introductory training course on Cybercrime for Criminal Justice Authorities delivered in online format, in an effort to strengthen the judicial capacity of the ECOWAS region and also to ensure sustainability by creating a national pool of experts to train in-country prosecutors and judges on this subject.

The Introductory Course gave the very foundation of knowledge for the future judicial trainers on cybercrime and electronic evidence and it is planned to become a sustainable part of each member states judicial training programme.

The Course was delivered by experts on cybercrime that are part of the pool of national trainers from Senegal that were previously trained as trainers under the framework of the GLACY+ project. On the medium term, the newly trained judges, and prosecutors from the ECOWAS French speaking countries will be involved in rolling out the national introductory judicial trainings in their own countries, with the support of GLACY+ and OCWAR-C projects.

Previously to this, in the period 5 – 8 July, judges and prosecutors from the ECOWAS English speaking countries – the Gambia, Ghana, Nigeria, Sierra Leone and Liberia -, have participated in a similar training course.