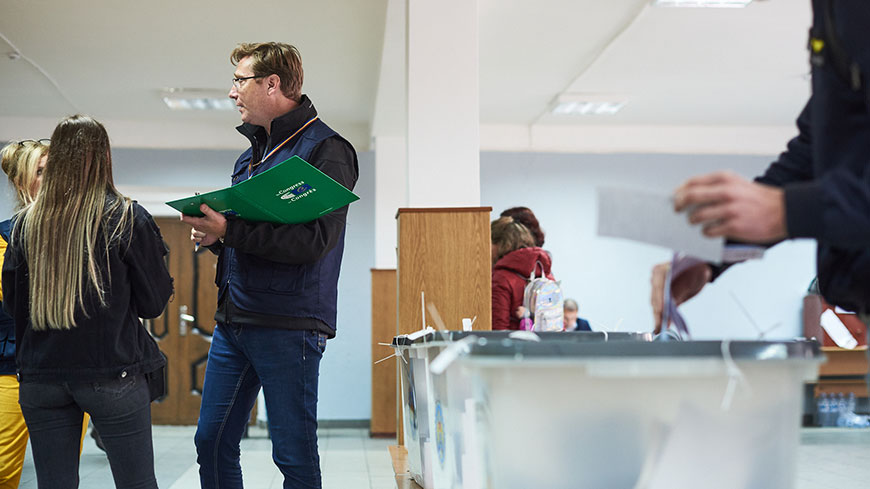 At the invitation of the authorities of the Republic of Moldova, the Congress of Local and Regional Authorities of the Council of Europe, on 20 October 2019, deployed 11 teams of 24 observers from 21 European countries to observe the local elections around 180 polling stations across the country.

"Generally, the elections were organised by well-prepared committees, the voting was conducted in an orderly manner and the counting was done in a professional manner," said Vladimir PREBILIC (Slovenia, SOC), Head of the Congress delegation, at a press conference today in Chisinau.

"Most of our interlocutors generally appreciated the recent amendments to the electoral legal framework, although they arrived late, which is in contradiction with the Venice Commission's Code of Good Practice in Electoral Matters," said the Head of Delegation welcoming the progress made in the campaign financing, notably the reduced ceiling for donations and measures to prevent misuse of administrative recourses through stricter procurement-related rules, the ban of campaigning on the Election Day as well as greater possibilities to verify the accuracy of voters’ lists, and the improvement of the situation of the media.

However, the Head of the Congress delegation expressed his concern about the registration requirements for independent candidates which are overly cumbersome compared to the situation of candidates from political parties. " The minimum requirement with regard to the collection of signatures for an independent mayoral candidate is 5% compared to the 1% of voters in the constituency concerned, as recommended by the Venice Commission. The authorities of Moldova should amend the relevant provisions," he explained.

"We are also concerned about the situation of women in local politics and the fact that the legal requirement of a 40% quota for candidate lists is de facto undermined in many cases," said Vladimir PREBILIC, recalling that women were present in large numbers at polling stations and that the Republic of Moldova now has a female Prime Minister. "Increasing the number of women politicians at the local level should be both a commitment and an obligation," he insisted.

The Head of the delegation also pointed out some legislative shortcomings that the authorities should address in the near future as well as procedural inconsistencies observed in some places, mainly regarding the use of video cameras, respect of the secrecy of the vote and the sealing of the ballot boxes. He also regretted the low turnout rate of 42%, probably due to a weariness of the voters following the various elections that were held in the country.

Lastly, he recalled the recommendations already adopted by the Congress, in particular those concerning the introduction of effective measures to combat the misuse of administrative resources, as well as the adoption of legal amendments to enfranchise only those voters who actually have a permanent residence (or domicile) in the constituency concerned, and not only a temporary residence.

The report of the Congress on this fact-finding mission will be examined for approval at the meeting of the Monitoring Committee on 11 February 2020.