français
A delegation of the Council of Europe's Committee for the Prevention of Torture and Inhuman or Degrading Treatment or Punishment (CPT) held high level talks with senior Government Ministers in Athens on 7 and 8 September 2022.
09/09/2022 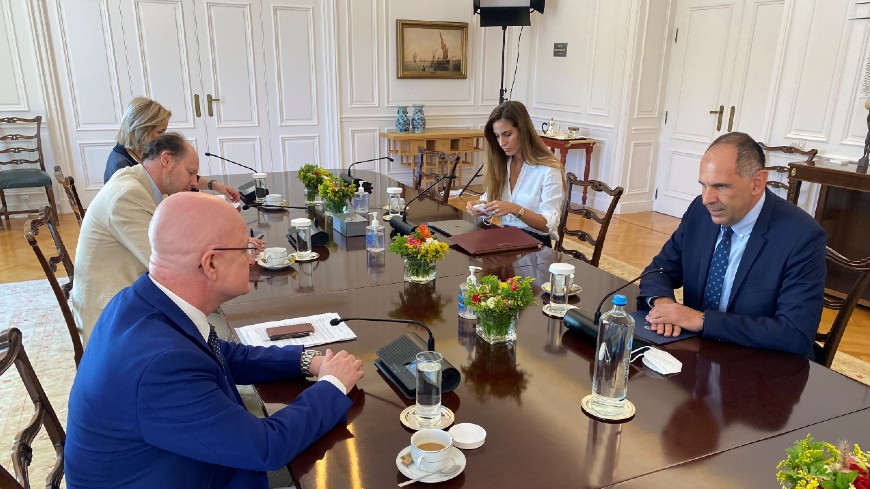 The main objective was to talk about the action being taken by the Greek Government to address the serious concerns of the Committee regarding the fundamental shortcomings in the treatment and conditions of detention of persons held in prisons. In this context, the delegation was keen to learn about the measures being taken by the Government to tackle the systemic problems of overcrowding and understaffing in prisons and to implement the CPT’s recommendations, as set out most recently in the report on its 2021 visit. Further, in light of the Committee’s decision in March 2022 to open the procedure which may lead to the adoption of a Public Statement under Article 10, paragraph 2, of the Convention regulating the CPT, the delegation wanted to hear directly from the relevant Greek authorities about the reform process. The talks were constructive and carried out in a spirit of openness and all parties expressed their commitment to improve the current situation of persons deprived of their liberty in Greece’s prisons.

The CPT’s delegation met with George Gerapetritis, Minister of State at the Office of the Prime Minister, where it re-emphasised the importance of prison reform being a priority for the whole Government given its crucial link in the effectiveness of the criminal justice system. It also held an extended meeting with Panagiotis Theodorikakos, Minister of Citizen Protection, together with Deputy Minister Eleftherios Economou and the Secretary General for Anti-Crime Policy, Konstantinos Papathanasiou, as well as other senior officials, during which a detailed exchange on the measures being taken by the Greek authorities was held.

The delegation also held an exchange with the Greek Ombudsman, Andreas Pottakis, and his team.

The CPT’s delegation was led by Alan Mitchell (President of the CPT) and included Elisabetta Zamparutti (member), Régis Brillat (Executive Secretary) and Hugh Chetwynd of the CPT’s Secretariat.