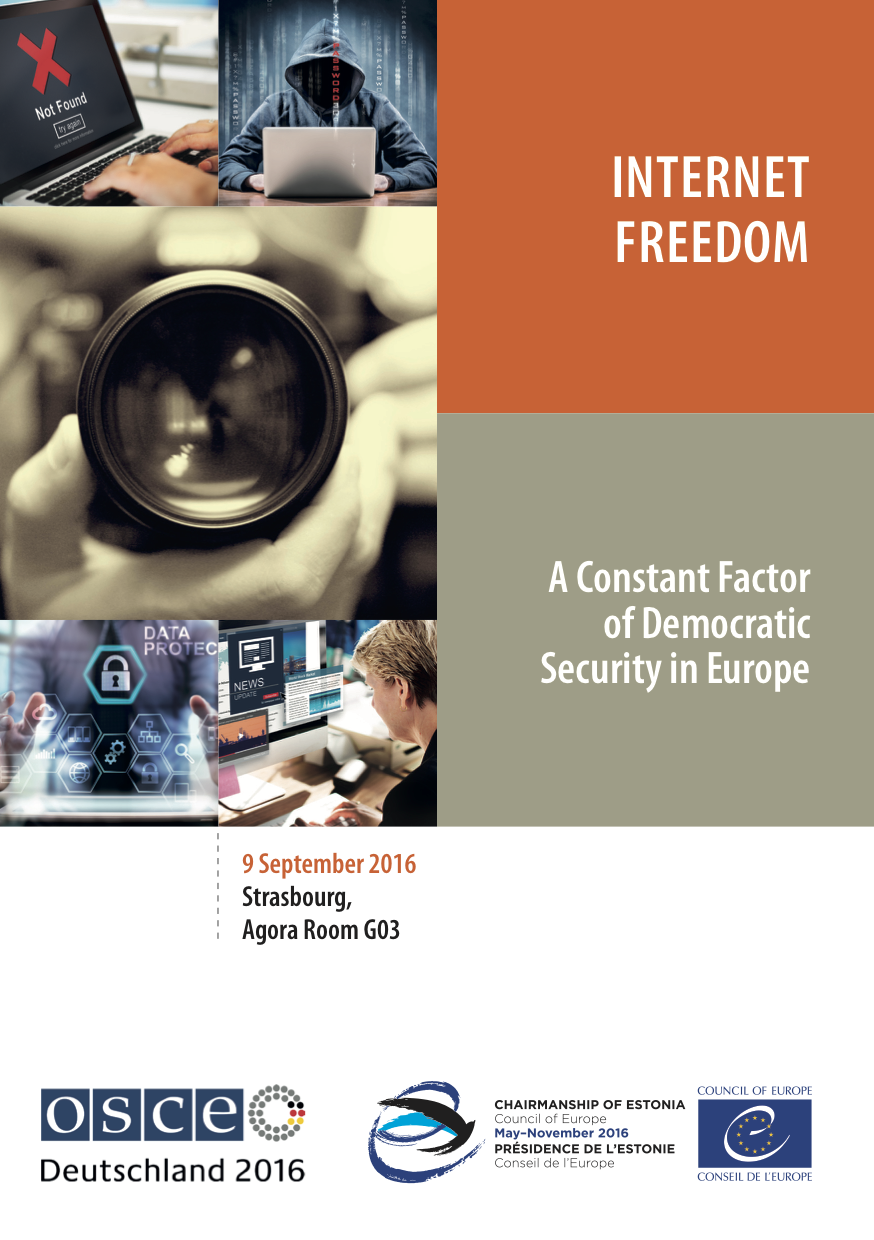 In the last years Internet freedom has emerged as an important priority in foreign policy agendas of several European and non-European states. It has been widely promoted in inter-governmental and multi-stakeholder discussion and collaboration fora such as the Freedom Online Coalition and the Internet Governance Forum. Civil society has over a long period of time put forward demands to ensure an equal protection of human rights and fundamental freedoms online and offline.
Yet, reports on Internet access cuts, censorship or other restrictions to freedom of expression, massive violations of privacy relating to surveillance programmes of intelligence services continue to take a significant part of public debate. The security crises that Europe and the international community are facing often translate in a false dilemma/choice between security and freedom in public policy and state action.

It is since the early days of the Internet that the OSCE has taken up related issues on its agenda. In 2004, at the Sofia Ministerial Council, the OSCE participating States declared that the freedoms of opinion and expression, which include the freedom to seek, receive and impart information, are vital to democracy and are strengthened by the Internet. They pledged to “take action to ensure that the Internet remains an open and public forum for freedom of opinion and expression, as enshrined in the Universal Declaration of Human Rights, and to foster access to the Internet both in homes and in schools”.

In addition to the numerous interventions by the OSCE Representative on Freedom of the Media to safeguard freedom of expression online, the Representative recently published an OSCE Guidebook on Media freedom on the Internet, which will be presented and discussed at the conference. For the German Chairmanship of the OSCE in 2016, Internet freedom as part of freedom of the media is a clear priority within the Human Dimension.

The conference seeks to promote the Recommendation and to examine best practices and examples regarding its implementation by member States. Experience of non-governmental organisations which report on Internet freedom will be also showcased and discussed. The conference will engage a larger multi-stakeholder audience in order to promote a multi-stakeholder engagement to Internet freedom and will be webcast with translation into English, French, German and Russian

Return to the conference page