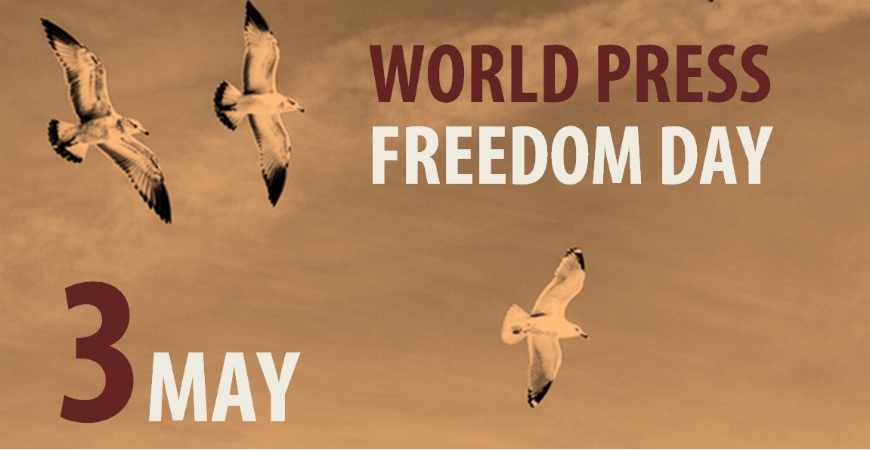 Launched by the United Nations in December 1993, the World Press Freedom Day became the internationally recognised occasion to reassess the significance of free media for a democratic society. It is a date to encourage and develop initiatives in favour of press freedom, and to assess the state of press freedom worldwide. It serves as a reminder to governments of the need to respect their commitment to press freedom and is also a day of reflection among media professionals about issues of press freedom and professional ethics. Just as importantly, World Press Freedom Day is a day of support for media which are targets for restraint, or abolition, of press freedom. It is also a day of remembrance for those journalists who lost their lives in the exercise of their profession.

This year UNESCO leads the 25th celebration of the World Press Freedom Day, which runs under the theme ‘Keeping Power in Check: Media, Justice and The Rule of Law’.

In an opinion editorial that more than 20 leading news outlets published today, ahead of World Press Freedom Day, Commissioner Mijatović called on member states to improve the safety of journalists. The article shows the extent of the threats journalists face in Europe, calls upon states to protect them and recommends concrete action that states should take. Underscoring that the many threats that fuel insecurity among journalists in Europe are also undermining democracy, the Commissioner urges member states to increase the protection of journalists, end impunity for crimes against them, improve legislation and change the hostile attitude many politicians have towards the press. “The murders of Daphne Caruana Galizia, Ján Kuciak and many other journalists were not due to fate, but to structural deficiencies in state institutions that should have protected them,” she writes. “This situation endangers journalists as much as democracy. It is high time that states acknowledge it and ensure the safety of journalists and other media actors.”