Network of national correspondents of Police authorities launched in Strasbourg 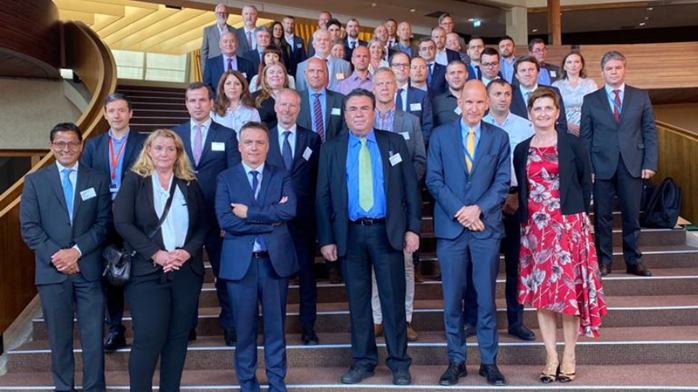 A network of national correspondents of Police authorities was launched during the conference “Policing in the digital age: how new technologies can help better policing our modern societies”, organised in Strasbourg between 28-29 June 2022 by the Council of Europe Unit for Cooperation in Police and Deprivation of Liberty with support provided by the Cybercrime Programme Office of the Council of Europe (C-PROC) within the Octopus Project. The event aimed at raising awareness among the Police representatives from the 46 Member States of the Council of Europe on the impact of digitalisation on criminality and how the technologies can benefit to the Police work. The meeting was attended by senior representatives of the Ministries of Interior and directors of the national Police forces of Council of Europe’s member States.

The launching of the network came as a result of the Committee of Ministers having approved in May 2022 the initiative with the aim to strengthen technical co-operation between member States’ Police forces and the Council of Europe.

The new network will promote:

The network will also be tasked with preparing and disseminating comparative studies on aspects of Policing in the light of the challenges of the 21st century (such as artificial intelligence, cybercrime, digital investigating technologies and managing public assemblies with due regard for human rights).

International Police organisations, including Europol, INTERPOL, CEPOL and organisations bringing together Police trade unions at European level, will also be invited to contribute to the work of the network. Every year, an annual conference will be organised on different topics of interest for Police.

The topics of cybercrime and electronic evidence as transversal issues were referenced on several occasions, and the work of the Council of Europe on promoting an international legal framework (the Convention on Cybercrime and its Additional Protocols) was acknowledged as making a difference at global level. A presentation on the challenges for Police in accessing e-evidence was made on behalf of the Cybercrime Programme Office of the Council of Europe by its Head of Operations, outlining solutions offered through the Convention on Cybercrime, the Second Additional Protocol and capacity building programmes implemented by C-PROC.

Council of Europe: Unit for Cooperation in Police and Deprivation of Liberty

Council of Europe: Recommendation Rec(2001)10 of the Committee of Ministers to member States on the European Code of Police Ethics

Council of Europe: Convention on Cybercrime (ETS no. 185)

Council of Europe: First Additional Protocol on Xenophobia and Racism (ETS no. 189)

Council of Europe: Second Additional Protocol on enhanced cooperation and disclosure of electronic evidence (CETS no. 224)

Council of Europe: The 24/7 Network established under the Convention on Cybercrime 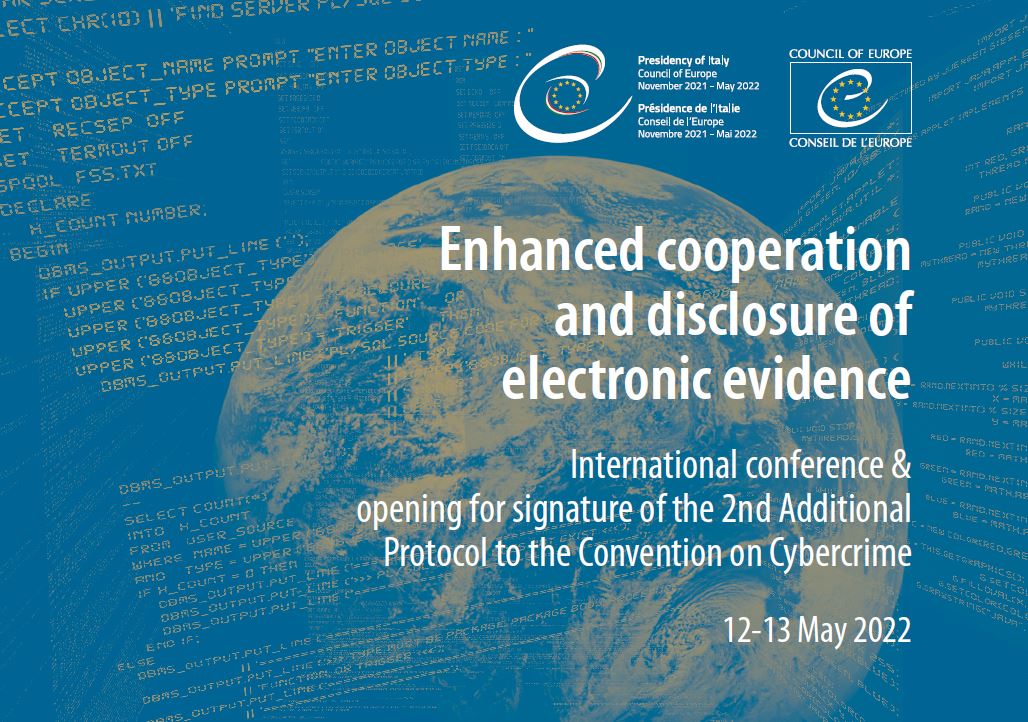