C-PROC welcomed students at its premises on the 70th anniversary 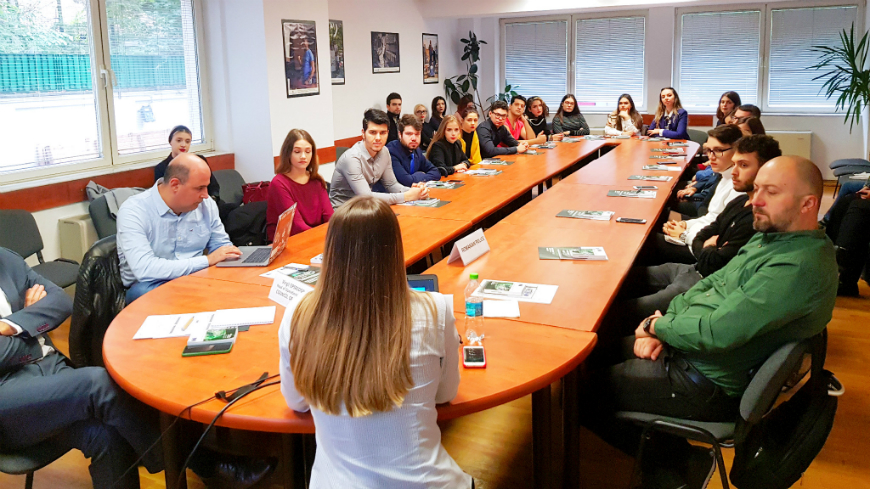 On the occasion of the 70th Anniversary of the Council of Europe, the Cybercrime Programme Office (C-PROC) organised an open-door day for students at its premises in Bucharest.

On 31 October 2019, C-PROC welcomed around 25 students from Law Faculties in Bucharest, who had the opportunity to plunge into the atmosphere of an international organisation.

Discussion focused on various items related to cybercrime, increasing threats in the digital world, as well as legislation.

During the meeting, speakers from Romanian Police, Prosecutor Department for Investigating Organised Crime and Terrorism (DIICOT) and Bitdefender company provided further insights on the most significant challenges related to cybercrime, perspectives on dealing with cybercrime investigations and prosecutions and presented some best practices.

The meeting was successful, as the key messages regarding the Council of Europe’s work in cybercrime were well received and contributed to increasing awareness and general knowledge on cybercrime threats and trends.