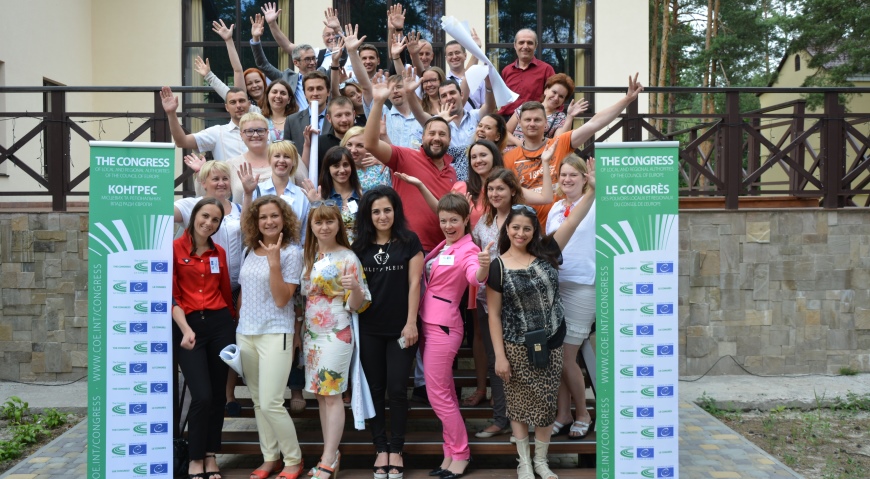 24 young local leaders, including 10 local councillors from four regions of Ukraine (Chernihiv, Rivne, Sumy and Volyn), discussed their role as future leaders during a seminar organised by the Congress of Local and Regional Authorities in Chernihiv from 5 to 7 July 2016. Natalia Romanova, Vice-Governor of the Chernihiv region and former Vice-president of the Congress, sharing her vision of local self-government reform challenged the participants: “Your generation has the power to change things. Don’t be afraid to cooperate with Mayors and Councillors”. Participants discussed with Congress members Saimir Plaku (Albania, NI-NR) and Saara Ilvessalo (Finland, SOC), and experts how to introduce change at the local level, increase citizen participation, encourage ethical decision-making and prevent corruption as well as how to get further involved in view of the forthcoming local elections. They developed a set of initiatives to be implemented in their communities as a follow-up to the seminar. The seminar was organised in the framework of the “Promoting local democracy in Ukraine” project, which is part of the Council of Europe Action Plan for Ukraine 2015-2017.