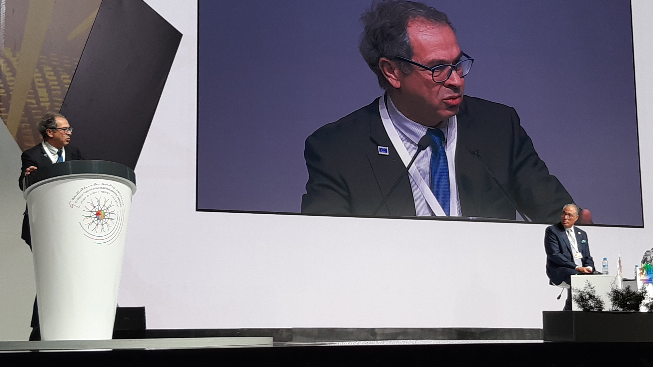 "Through the transfer of competences and resources to the regional and local levels, decentralisation brings public action back to the level that is closest to citizens," said Congress Vice-President Xavier Cadoret (France, SOC/G/PD) at the National Seminar on Advanced Regionalisation in Agadir, Morocco, on 20 December 2019.

"In Europe, the legal framework for decentralisation is based on the European Charter of Local Self-Government," he explained. "This is the first binding international treaty that guarantees the rights of local authorities and their elected representatives, affirming the role of local authorities as the first level at which democracy is exercised.

The Vice-President recalled a number of principles set out in the Reference Framework for Regional Democracy, adopted by the Congress in 2009. The regionalisation process must take account of the principle of subsidiarity, representativeness at local and regional level, citizen participation, consultation between public authorities and regional specificities.

"The Kingdom of Morocco has already built a solid foundation for regionalisation, notably with the adoption of the organic law in 2015 and the adoption of the National Charter on Administrative Devolution in 2018," welcomed Xavier Cadoret, "This is a process that the Congress has long supported, notably through the South-Mediterranean Partnership and the granting this year to Morocco of the status of Partner for Local Democracy with the Congress," he added, stressing that this co-operation framework would make it possible to continue the exchange of expertise between European and Moroccan local and regional elected representatives.