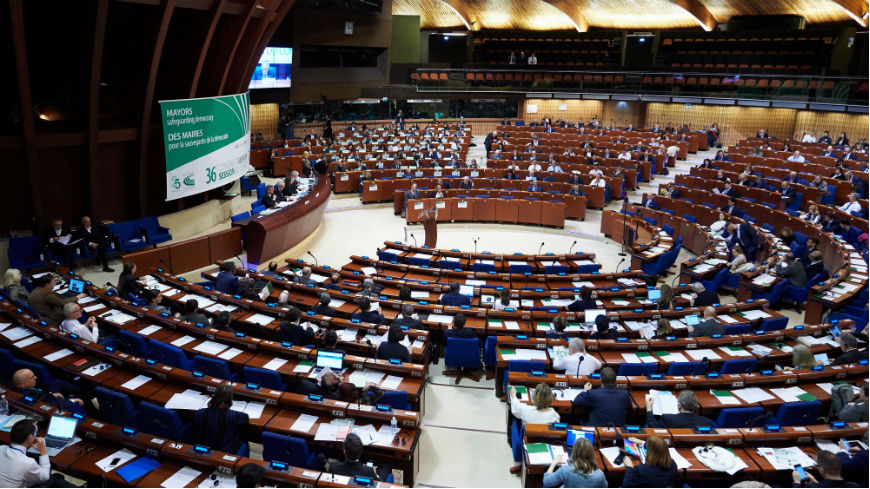 Closer interaction between urban and rural areas is essential for local authorities in Europe. This is the observation made during a debate organised by the Chamber of Local Authorities of the Congress on 3 April 2019.

"The urban-rural divide is a societal and political challenge facing local authorities which is rooted in a demographic challenge, that is the trend towards urbanisation," stated Karl Kössler, researcher and group leader of the Institute of Comparative Federalism - Eurac Research (Bolzano, Italy). "According to World Bank data, the share of rural population has fallen between 1960 and 2017 worldwide from 67% to 45%," he added. While this can be considered a negative development, Mr Kössler also identified several advantages.

"In economic terms, urban areas are often sites of innovation because they are able to reap the benefits of proximity, especially the concentration of people and businesses in that area," he explained. Metropolitan areas "are the nodes of a globalised economy" and, as such, have interdependent relationships with metropolitan areas in other parts of the world, sometimes closer than with rural areas in the same country. However, urban areas shoulder specific burdens such as pollution or housing shortages. This does not mean, however, that rural areas necessarily lag behind in economic development.

Solutions to the specific challenges facing urban and rural areas require greater interaction between them. This observation was confirmed by Jane Atterton, manager and researcher at the Rural Policy Centre of the Scottish Rural College (SRRC), who based her findings on 5 key points: there is a rural-urban continuum, not a gap; there are close links between many rural and urban areas; it is important to adopt a flexible and location-based approach to policy development, whether urban or rural; it is necessary to build on the strengths of a given area; better integration of rural and urban areas benefits the country as a whole. These key points are the result of observations based on current developments in Scotland's rural regions (5.3 million inhabitants).

"Even while noting the differences, in terms of distance between places, the nature of economic activities or employment in different sectors, I am opposed to the idea that there would be separate or even distinct rural and urban societies with different interests," said Ms Atterton, noting the difficulty of developing clear classifications. "If we look at Scotland, there are often more differences between rural areas than between rural and urban areas," she added, stressing the potential for the emergence of mutually beneficial links. "The time has come for our rural areas to focus on their positive, stronger and more visible links with urban areas - for example, water and air quality, raw materials such as wood, healthy food, carbon storage sites, forest sites and many others,” she said.

Anni Ahlakorpi, a member of the Utsjoki City Council in Finland, presented a different approach to urban/rural divisions, referring to her own experience of the urban/rural divide: "I come from the northernmost region of Europe and Finland. My nearest neighbour is the city of Rovaniemi. You need 6 hours of driving time and 8 hours if you comply with traffic regulations. In my municipality live 1,200 people and more than 11,000 deer.". According to her, national parliaments tend to forget what rural and urban areas really mean when they decide on new programmes to bridge the gap or when they decide to save money. "The policies implemented must not result in emptying rural areas but must rather take them into account and give everyone the freedom to live where they want," she concluded.

In their concluding remarks, the experts and members of the Congress stressed the importance of interaction between cities and the countryside and proposed that a specific debate on this subject could be held in the future. The Congress is already a partner in an international project entitled "Local Government and the Changing Urban-Rural Interplay" (LoGov) in co-operation with 17 partner institutions in Europe and beyond. This project will be developed over the next four years and aims to provide best fit practices for local governments to address the changing urban-rural interplay and manage its impacts.