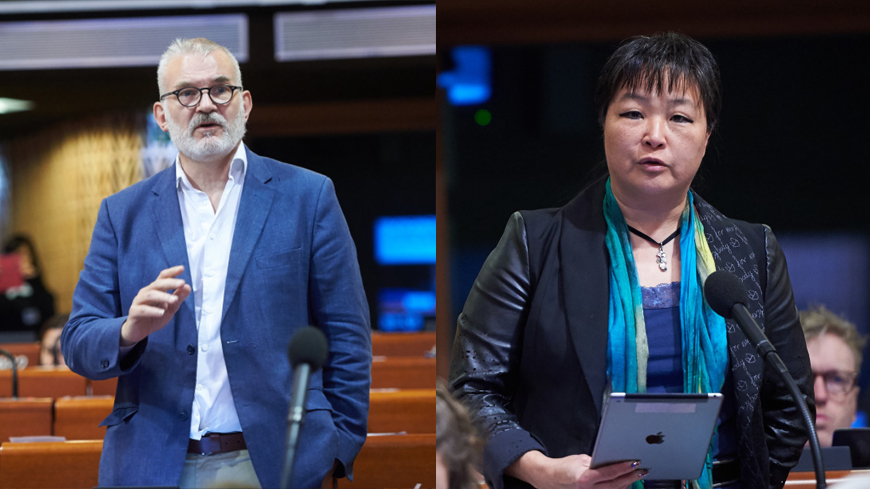 A report following a fact-finding mission to Poland in November last year draws attention to increasing attacks and discrimination against LGBTI people in Poland, focusing on cities, provinces and regions that are adopting family charters and resolutions against so-called "LGBT ideology".

"These cities and regions make up a third of all Poland so the impact on LGBTI people is not negligible" emphasized Andrew Boff who considers that family declarations and charters are detrimental to the rights, safety and well-being of LGBTI people in Poland and contrary to the crucial role that territorial authorities should have in defending citizens' rights and promoting dialogue and social cohesion.

The rapporteur however highlighted that some cities have withdrawn the declarations they had signed and others have cancelled the charters. "This is therefore not a static situation. Opinions can vary and evolve," he noted. Andrew Boff also pointed out that the legislative framework and government action has gaps in the protection of LGBTI persons and should be improved.

During the fact-finding mission carried out remotely, the delegation gathered facts and information from the government, parliamentarians, the Commissioner for Human Rights, local and regional authorities and their associations, as well as NGOs.

Many European and international bodies have expressed concern about the situation of LGBTI people in Poland and support for NGOs and Polish cities networking to combat discrimination and develop good practice.

The Committee has agreed to prepare a resolution calling on Polish local and regional authorities to withdraw their declarations and family charters and to develop policies that will protect the rights of vulnerable groups. This resolution will be presented for adoption by the Congress before the summer.

In the same meeting, the Committee has just adopted a general report on "the role and responsibilities of local authorities in the protection of LGBTI persons" which denounces the "backsliding" observed in Council of Europe member states with regard to their rights. A recommendation and resolution will be presented for adoption by the Congress before the summer.