Local and regional democracy in Bosnia and Herzegovina 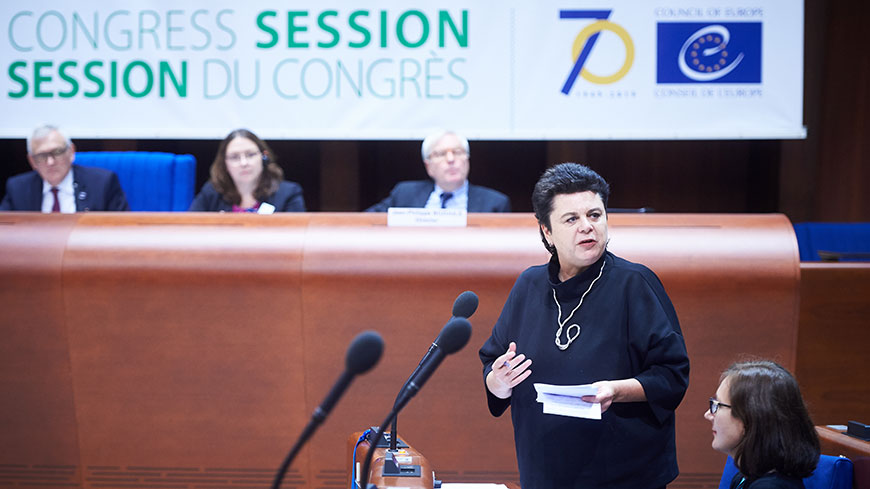 A report on the state of local and regional democracy in Bosnia and Herzegovina, which was adopted today at the 37th Session of the Council of Europe Congress of Local and Regional Authorities, finds no major progress in implementing the recommendations that the Congress addressed to the authorities in 2012 and 2014.

Although noting with satisfaction that in Bosnia and Herzegovina local authorities enjoy freedom of association and that sub-state authorities actively engage in international cross-border co-operation, the report prepared by Lelia HUNZIKER (Switzerland, SOC) and Carla DEJONGHE (Belgium, ILDG), suggests that extremely complex and incoherent systems of local government in the country’s entities[1] need an overhaul.

The country’s continued failure to reform its system of local self-government has resulted in the lack of clarity in the allocation of responsibilities between the various levels of authority, insufficient respect of the principle of subsidiarity, the lack of consultation of local authorities on all issues that directly concern them and the absence of elections in Mostar (since 2008). In respect of the situation in Mostar, Carla Dejonghe, when replying to the members’ questions, welcomed in particular the recent European Court of Human Rights judgement in the case of Baralija vs Bosnia and Herzegovina and called on the authorities of Bosnia and Herzegovina to ensure its implementation.

In the opinion of the co-rapporteurs, the main obstacle to achieving tangible improvements is an omnipresent, pervasive control by political parties divided along ethnic lines, combined with a patronage system.

According to the report, two entities have very different systems of local government, but nevertheless face serious common challenges, such as, an aging population and increased youth emigration; a growing urban-rural divide; fragmented and costly local administration and insufficient co-operation among various levels of government.

On the basis of the monitoring visits in November 2018 and February 2019, the co-rapporteurs doubt that any substantial changes can be expected in the near future due to the political situation in Bosnia and Herzegovina. Instead, they favour applying additional efforts to make the best possible use of the existing constitutional and legal framework.

The Congress recommends that the Council of Europe’s Committee of Ministers invites the authorities of Bosnia and Herzegovina to take necessary steps towards implementing the previous recommendations, which would allow the local institutions to fully guarantee efficient services and to make a greater contribution to the development of the country.

[1] The Federation of Bosnia and Herzegovina and the Republika Srpska