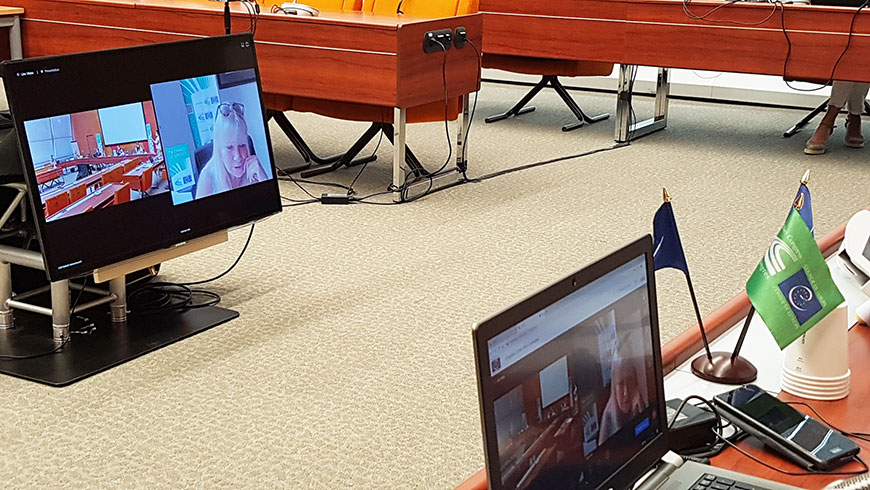 As it is often the case during major health, social or economic crises, the most vulnerable groups, especially minority groups, are particularly exposed to their risks and consequences. The Covid-19 pandemic was no different in this regard. Some cities have implemented measures that could serve as examples for other local authorities. These were shared during a debate on "protecting minorities in cities and regions in times of fundamental crisis: lessons learned during the Covid-19 outbreak", organised by the Current Affairs Committee of the Congress on 16 September 2020.

French Member of Parliament and President of the Health Sub-Committee of the Parliamentary Assembly of the Council of Europe, Jennifer de Temmerman recalled that "we are not equal in the face of pandemics", and that minorities and precarious groups are the most affected. Many people in a “vulnerable” situation work in “frontline” professions and continue to do so even when infected with the virus as they cannot afford to quit their job. Likewise, homeless people are weakened by the closure of public spaces where they could stay. The situation of the Roma community has been particularly difficult, as their living and housing conditions hamper compliance with preventive measures and "barrier gestures".

In addition, minorities have sometimes been accused of accelerating the spread of the disease and there has been a worrying increase in hate speech against certain groups, such as Roma and LGBTI+ people.

The Parliamentary Assembly is preparing a report on the issue of minorities facing Covid-19. "Local authorities have played a leading role in facing the disease and must do the same with regards to the protection of minorities," said Jennifer de Temmerman. It highlights the importance of incorporating the needs of minorities when developing protection measures and the necessity to involve their representatives within decision-making bodies. Ms. de Temmerman pleads for equitable, egalitarian and transparent health and prevention actions to be taken. Finally, noting the collateral damage of the pandemic on other aspects of society, and in particular human rights, she wishes for better acknowledgment of the repercussions of Covid-19 measures on minority groups. She concluded by stating that “the issue of minorities is also a health issue, as no one will ever be safe until all of society is safe”.

The special representative of the Secretary General of the Council of Europe on Migration, Drahoslav Štefánek recalled that, as early as 2017, the Congress had underlined the role of local authorities in providing a first point of access for migrants and asylum seekers in housing, health and education matters.

He cited a few countries and cities that have already applied these principles. In Portugal, Poland and Turkey, it is possible for migrants to obtain free health care without formalities. In terms of ​​housing, Barcelona and Lisbon have taken measures to prevent vulnerable people from ending up on the streets; Berlin, Geneva, or Ioannina (Greece) have provided homeless people with accommodation and Dudelange (Luxembourg) booked hotel rooms to accommodate victims of domestic violence.

As for education, the lack of suitable equipment has often made distance learning impossible for children from vulnerable communities. Nevertheless, in Milan, computers were collected and provided to them in order to continue and maintain online schooling.

Finally, Mr. Štefánek recalled that many migrants have contributed to maintaining essential activities of society. An often underestimated resource, recognition of their contribution would facilitate the inclusion of migrants.

At the end of these presentations, Mustafa Palancıoğlu (Turkey, PPE/CCE) underlined that Turkey hosted more than 4 million refugees on its soil, which made it the first country in the world in terms of expenditure for the latter: he called for more help from Europe in this area. 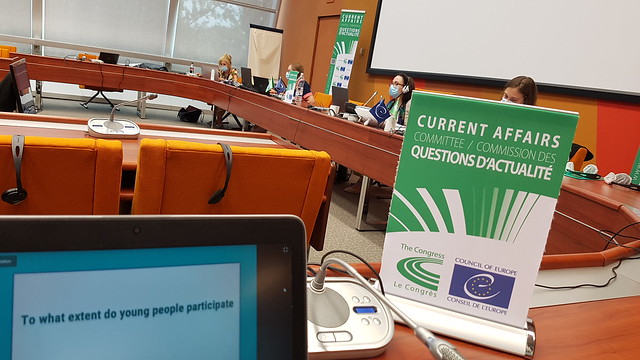