From radicalisation to resilience: the Congress takes part in an international conference organised by the City of Aarhus and the Jutland police 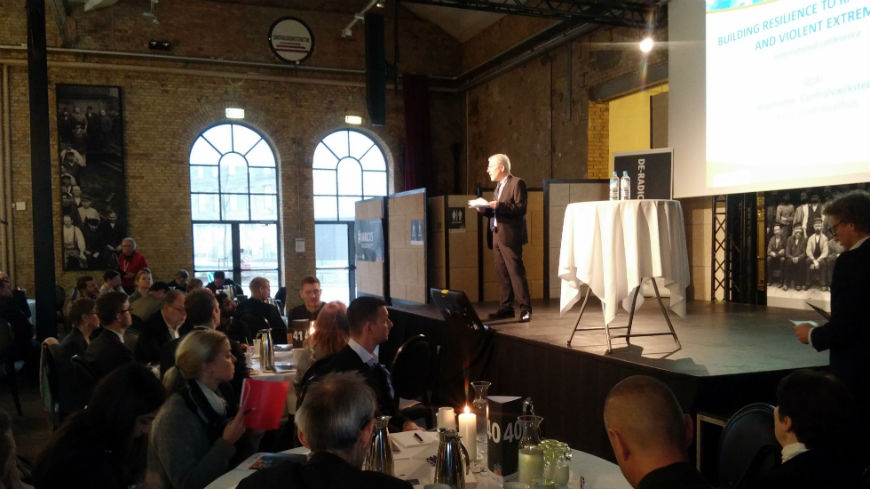 A Congress delegation took part on 19 and 20 November 2015 in an international conference organised by the City of Aarhus (Denmark) on “Building resilience to radicalisation and violent extremism”. “The role of local authorities, the guarantee of individual freedoms through a human rights-based approach and the added value which networks of cities can provide are key factors for an effective fight against radicalisation”, said Jean-Philippe Bozouls, Director a.i. of the Congress, speaking at the opening of the conference on behalf of the Congress. He outlined the results of the previous day’s work at the political conference on the prevention of radicalisation leading to violent extremism, jointly organised by the Congress and the European Forum for Urban Security, in Aarhus. “The declaration adopted yesterday by elected representatives from 22 countries specifically calls for the launch of an alliance of cities against radicalisation to capitalise on the unique network constituted by millions of mayors and local councillors throughout Europe. As a result of its members’ detailed knowledge of their area and population, this network of elected representatives can contribute to an early warning system for any drift towards radicalisation”, he concluded.
2015-11-19T02:39:00