COVID-19: Congress President calls for urgent coordinated action by all levels of government 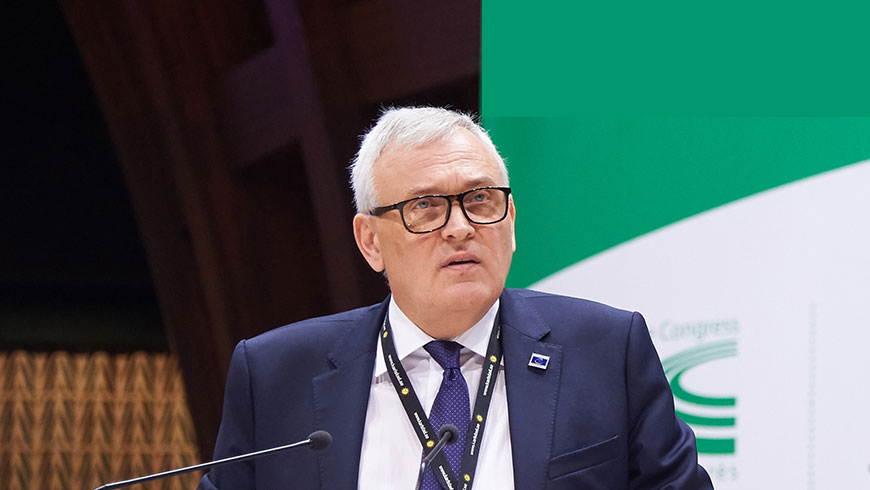 In response to the COVID-19 crisis, the President of the Congress of Local and Regional Authorities of the Council of Europe made the following statement:

"The multiple consequences of the unprecedented crisis caused by the exponential spread of COVID-19 call for urgent measures and co-ordinated action by all levels of government.

This crisis not only puts at risk human lives, but also the functioning of our societies and democracies. Cities, regions and entire countries are being “locked down”. Several elections that were supposed to be held have been suspended, such as in France for the second round of municipal elections, or in Serbia for parliamentary and local elections.

More than ever, we must act collectively throughout Europe, in a spirit of solidarity which must be expressed at all levels: European, national, local and regional, as well as at the level of citizens in their respective communities.

We must also unite our efforts to support local and regional authorities which, because of their particular responsibilities and their proximity to citizens, are in the front line in responding to this major crisis.

As a political assembly comprising local and regional elected representatives from 47 Council of Europe member states, the Congress has the capacity to pool our respective experiences in order to find responses that can be implemented on the ground in all European communities.

I call on all our national delegations to act in this spirit of solidarity and co-ordination. My wish for all our Congress members is that they are able to properly perform their duties as public authorities and to protect their communities as well as themselves, their families and loved ones.”