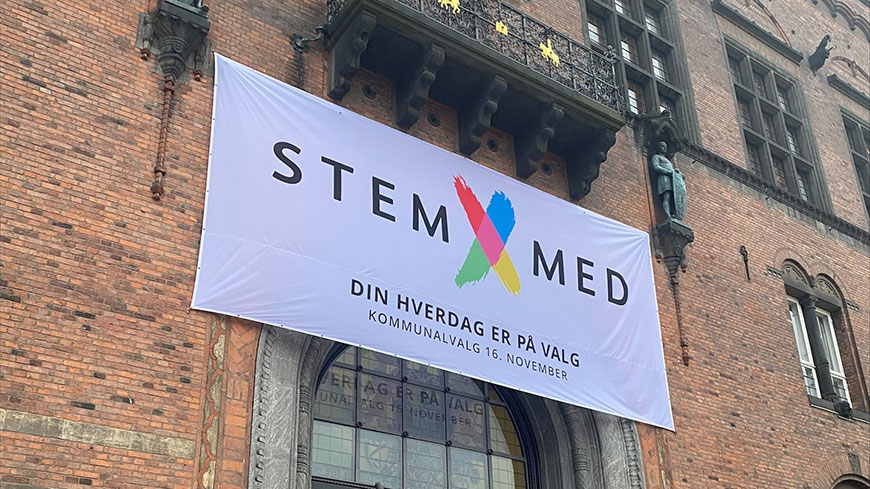 An eight-member delegation from the Congress of Local and Regional Authorities of the Council of Europe concluded yesterday its electoral mission to Denmark following the observation of local and regional elections held in the country on 16 November. On Election Day, four Congress teams, deployed to the Copenhagen metropolitan area and other regions, visited some 50 polling stations and saw generally well-administered elections with the active participation of the population despite an upsurge of the Covid-19 pandemic.

Further to the invitation by national associations of Danish regions and municipalities, the Congress carried out a mission from 13 to 17 November 2021 and observed, for the first time ever, the local and regional elections in Denmark. Led by Gunn Marit Helgesen (Norway, EPP/CCE), the delegation included Congress members Vladimir Prebilic (Slovenia, SOC/G/PD), Marc Cools (Belgium, ILDG) and Jana Fischerova (Czech Republic, ECR) as well as Professor Christina Binder, who acted as the electoral expert on this mission, and the Congress secretariat.

Following an ambitious “get out to vote” campaign organised by the Association of Local Government Denmark and the national association of regional authorities, Danish Regions, an overall turnout of 67 percent was achieved, not least, due to a considerable number of ballots cast in advance. The IT-supported voter registration in the polling stations ensured an efficient management of the Election Day despite of the large electoral districts in place in Denmark. The counting was orderly and transparent but often lengthy due to a high number of political parties registered.

“We observed transparent and free elections and a high level of public trust in the electoral administration which is the basis of a vivid democracy in Denmark, also at the grassroots’ level”, stated the Head of the Congress delegation. “International election observation, as a kind of regular service check, can contribute to better electoral processes based on recognised standards and thus to increased democratic stability. Therefore, regulations regarding international observers, also enshrined in law, would be very welcome by the Congress”, Ms Helgesen concluded.

On the days before the elections, the Congress organised meetings with different stakeholders, notably the Ministry of the Interior and Housing, the associations of local and regional authorities, representatives of the municipal electoral administration, political parties, media and NGOs. The topics of the briefings included current working conditions of local and regional representatives, in particular the consequences of hate speech and fake news on the internet, transparency issues regarding party and campaign financing and the absence of according regulations, for example related to a ceiling for campaign expenses, the composition of polling station commissions which may include also candidates running in the same elections as well as the questions of mobilising young voters and increasing the participation of women in politics.

A Congress report including recommendations to the authorities will be prepared for the Monitoring Committee scheduled for the beginning of February 2022. The adoption by the Congress is planned for the March 2022 plenary session.