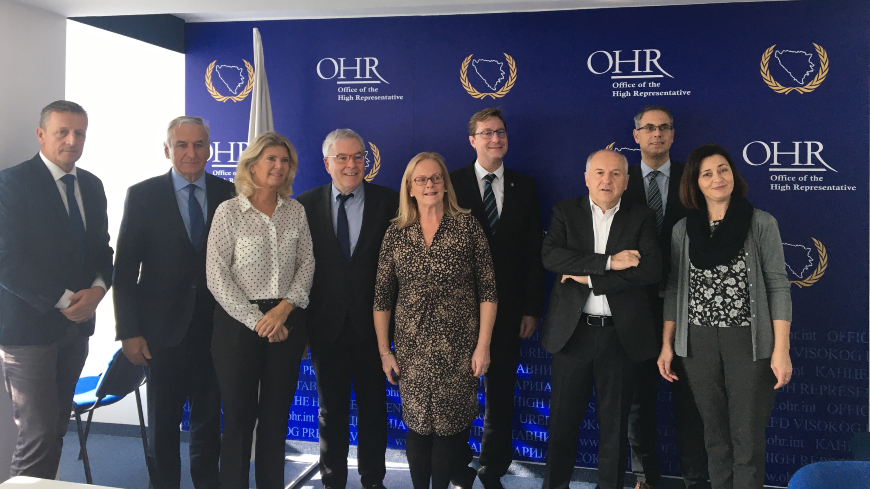 On 26 November, in Sarajevo, the delegation holds exchanges with Mr Valentin INZKO, High Representative for Bosnia and Herzegovina, Mr Nebojsa RADMANOVIC, Deputy Speaker in the House of Representatives of the BiH Parliamentary Assembly, Mr Branko PETRIĆ, President of the Central Election Commission of BiH, and Mr Zlatko KNEŽEVIĆ, President of the BiH Constitutional Court.

On the same day, further to a briefing with Ambassador Drahoslav STEFANEK, Head of the Council of Europe Office in Sarajevo, meetings were held with representatives of the international community, including Mr Joeri MAAS, Chief of Policy and Planning, OSCE Mission to Bosnia and Herzegovina, Mr Khaldoun SINNO, Deputy Head of the European Union Delegation to BiH.

On 27 November, in Mostar, the delegation will hold an exchange with Mrs Irma BARALIJA, Naša stranka, on the 29 October decision of the European Court of Human Rights ruling that Bosnia and Herzegovina was in violation of the European Convention of Human rights as it did not hold municipal elections in Mostar for more than a decade. In response to this situation, the Congress has set up, in 2017, a "Reflection Group on Mostar" to help restore local democracy in this city, which has been in a political deadlock since 2008.

Delegation of the Congress:

EU Committee of the Regions