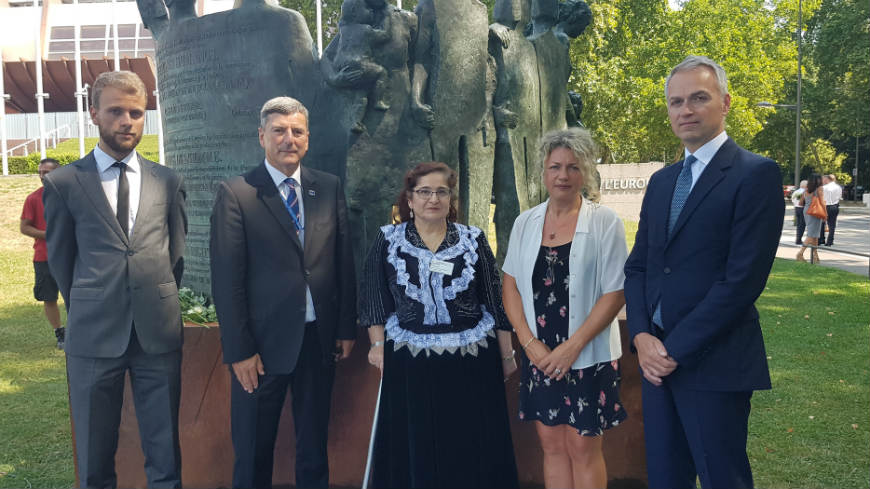 The Congress of Local and Regional Authorities participated in the commemoration ceremony held for the victims of the Roma Holocaust in the Council of Europe headquarters in Strasbourg today, represented by Congress Secretary General Andreas Kiefer and Tobias Mayr for the European Alliance of Cities and Regions for Roma Inclusion.

After speeches by Blaženka Babić, Deputy Permanent Representative of Croatia to the Council of Europe, Miranda Vuolasranta, President of the European Roma and Travellers Forum and Hallvard Gorseth, Head of Council of Europe Anti-Discrimination Department, the audience was invited to lay down flowers at the Human Rights sculpture to honor the victims of the Roma Holocaust.

At least 500 000 Roma, Sinti and Travellers are believed to have been murdered throughout Europe under the Nazi regime during World War II.

“This is not just the commemoration of a past event. It is a wake-up call for what is awaiting us if we don’t act”, Miranda Vuolasranta said during her speech referring to the latest rise of anti-Gypsyism in Ukraine and Italy. Vuolasranta invited everyone to not sit down and watch but stand up and fight against the dangerous reinvigoration of anti-Gypsyism all over Europe. 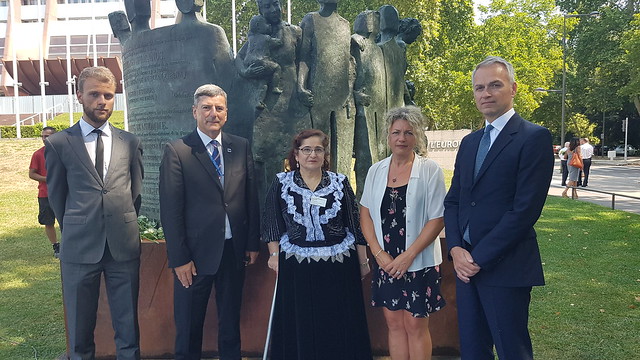