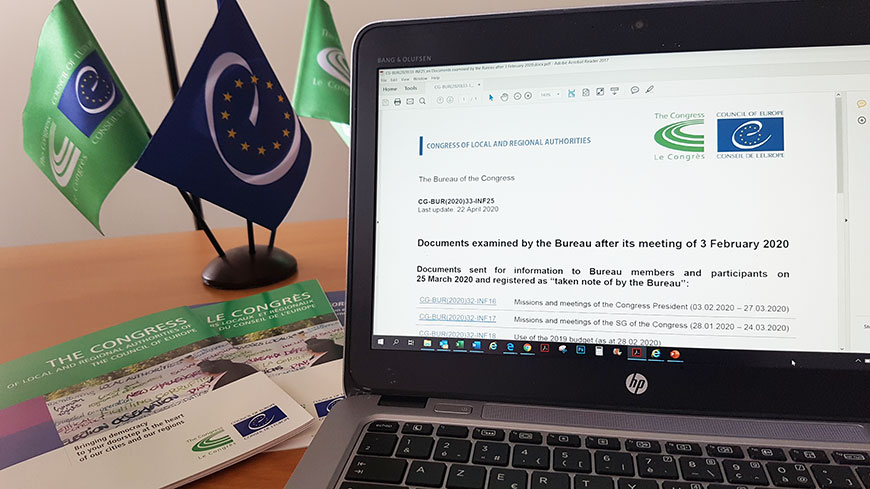 In the current context of COVID-19, the Bureau of the Congress, on the proposal of the Congress President and the Presidents of the Chambers, decided, by written procedure, to ask the Committee of Ministers to agree to allow member States to submit proposals for the new Congress delegations until 31 December 2020. Thus, the current mandate of Congress members would be extended until the spring session 2021 (currently provisionally scheduled for 23-25 March 2021).

Elections due in March postponed to the October Session

The Bureau also decided to postpone the elections of the Vice-Presidents of the Chamber of Local Authorities and the Secretary General of the Congress of Local and Regional Authorities to the next session scheduled for 27-29 October 2020. The Bureau instructed the secretariat to investigate a system of electronic voting guaranteeing universal suffrage with the requisite security and confidentiality requirements, in case extraordinary circumstances would not allow meeting in session in Strasbourg.