Carla Dejonghe: "Women's participation in political life is a necessity for democracy" 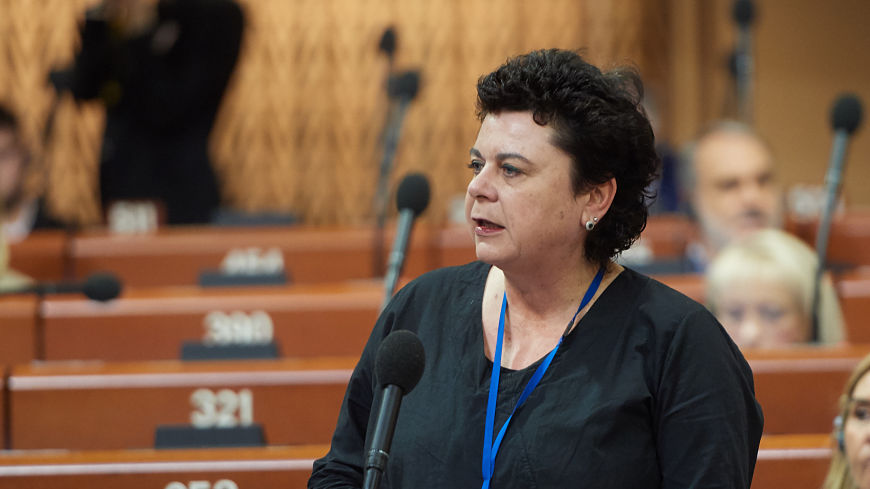 "Gender equality is an essential condition for any democratic, just and peaceful society" said Carla Dejonghe (Belgium, ILDG), Rapporteur on the South-Med Partnership of the Congress, speaking at the opening of the webinar on "Women's participation in political life at the territorial level - Sharing experiences between Morocco, Tunisia and Europe", on 29 June 2021.

Organised jointly by the two Congress cooperation projects in Morocco and Tunisia, in the framework of the Council of Europe's Neighbourhood Partnerships with these countries (2018-2021), this event brought together Moroccan, Tunisian and European local and regional elected representatives, including Congress members Carla Dejonghe (Belgium, ILDG) and Eirini Dourou (Greece, SOC/V/DP), members of the Partners for Local Democracy delegations Badia Bennani (Morocco) and Saida Essid (Tunisia), as well as the youth delegate to the Congress Laura Dugardin (France) and representatives of the networks of local elected women from Tunisia and Africa (Morocco chapter) and the Democratic Association of Moroccan Women.. During two roundtables, they exchanged on good practices and challenges in integrating the gender approach and women's participation within the framework of their respective mandates or experiences.

Elected women highlighted the difficulties they had faced, particularly during the electoral period: gender-based discrimination and behaviour, marginalisation, low opportunities for women's representation, and the burden of family responsibilities traditionally devolved to women. To overcome these difficulties, they recommend that women wishing to become involved in politics take advantage of all training and networking opportunities in order to strengthen their self-confidence and their ability to drive change in the political sphere. Among the tools identified as levers for gender mainstreaming, participants stressed the need to produce sex-specific data, and the importance for political parties to train and support women candidates and then elected ones.

This activity is part of the South-Med Partnership programme adopted by the Congress in 2017, the purpose of which is to support territorial reforms and strengthen decentralised governance in beneficiary neighbouring countries. This programme contributes to implementing the local and regional dimension of the Council of Europe policy towards neighbouring regions, in particular the Neighbourhood Partnerships with Morocco and with Tunisia (2018-2021).