Published by the Steering Committee for Human Rights (CDDH) in December 2018, the Analysis aims, inter alia, at:

enhancing the understanding of the legal and practical aspects of alternatives to detention in the context of migration;

giving a coherent and precise overview of the applicable international human rights standards in the field, highlighting critical themes as well as clarifying both the similarities and the differences between varied bodies of the Council of Europe,

the United Nations and the European Union; elucidating considerations in relation to vulnerability, such as in the case of children and other persons in a vulnerable situation;

providing a non-exhaustive and indicative list of different types of possible alternatives to detention in the context of migration, explaining their central features as well as potential benefits and drawbacks and reflecting on the ways in which the Council of Europe could engage in further follow-up work that is of practical value to member States in the field.

Special Representative of the Secretary General on migration and refugees

The Council of Europe has developed an Action Plan providing concrete action on protecting children fleeing war, violence and persecution.

It proposes concrete support to member states at all stages of the migration process, with a special focus on unaccompanied children, and has three main pillars: ensuring access to rights and child-friendly procedures; providing effective protection; enhancing the integration of children who would remain in Europe.

National contributions were based on desk analysis of existing legislation and policy documents, reports, academic literature, internet resources and reports as well as information collected from national authorities. Statistics were sourced from national authorities and other (national) databases. The listing of Member States in the Synthesis Report results from the availability of information provided by the EMN NCPs in the National Contributions.

It is important to note that the information contained in this Report refers to the situation in the above-mentioned (Member) States up to and including 2014 and specifically the contributions from their EMN National Contact Points. More detailed information on the topics addressed here may be found in the available National Contributions on the EMN web-site and it is strongly recommended that these are consulted as well.

INFORM: The effectiveness of return in EU Member States, February 2018

The effectiveness of return in EU Member States

The return of illegally-staying third-country nationals is one of the main pillars of the EU’s policy on migration and asylum. However, recent Eurostat data show that return rates at EU level have not improved despite the important increase in the number of rejected asylum applications and in the number of return decisions issued since 2014.

In its 2015 EU Action Plan on Return and subsequently in its 2017 Communication on a more effective return policy and the accompanying Recommendation, the Commission emphasised the need for a stronger enforcement of EU rules on return in order to increase the overall effectiveness of the EU’s return policy.

The EMN conducted this study with the purpose of investigating good practices and challenges in Member States’ application of EU rules on return and equivalent standards. 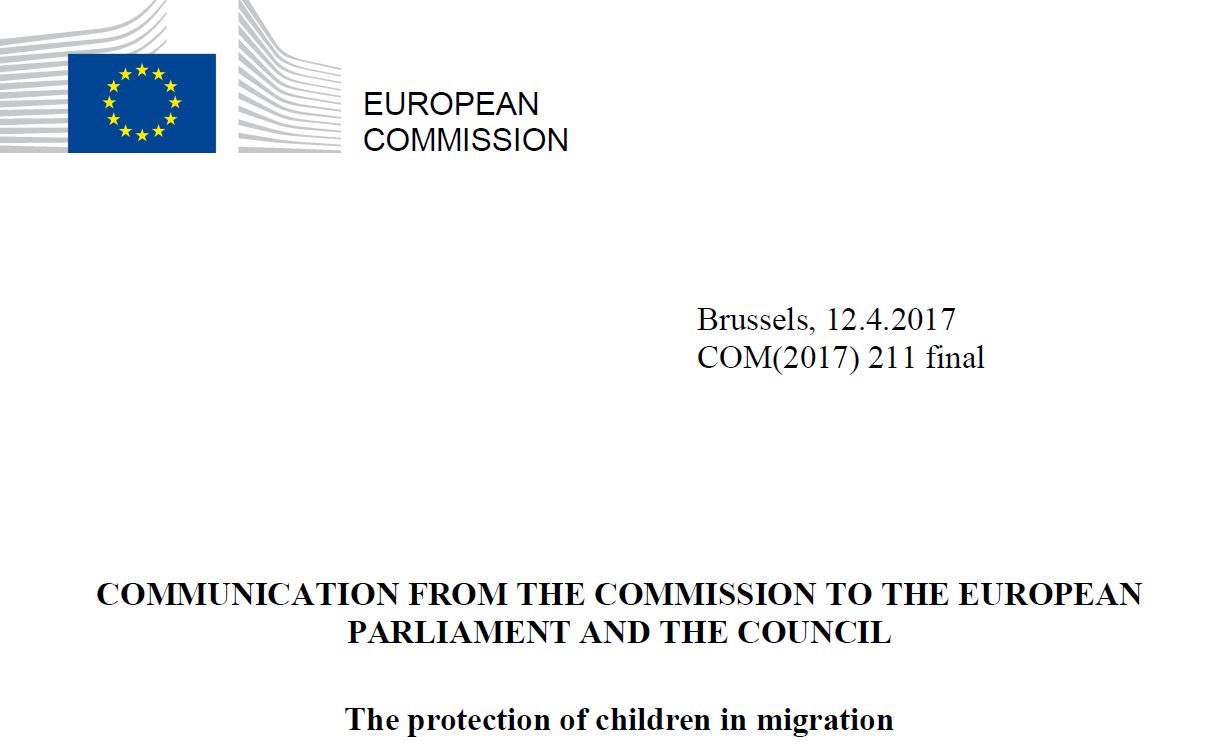 Progress Report on the Implementation of the European Agenda on Migration

The past four years have seen an unprecedented effort by the EU to address the challenge of migration, which has contributed to reducing irregular arrivals to the lowest level in 5 years. The EU has offered protection and support to millions of people, saving lives at sea and improving conditions and livelihoods. It has supported Member States on the external border in handling large numbers of arrivals and financed numerous projects across the EU to support the integration of refugees and other legally residing third-country nationals. It has contributed to preventing irregular migration including by combatting smuggling networks, as well as fighting trafficking in human beings. It has worked with partners worldwide to address root causes and to promote orderly migration management, including the readmission of migrants irregularly staying in the EU. It has worked to develop legal pathways as alternatives to the dangerous paths of smuggling routes.

In this regard, all strands of the 2015 European Agenda on Migration1 have been taken forward as part of a comprehensive approach.

The protection of children in migration

In recent years, the number of children in migration arriving in the European Union, many of whom are unaccompanied, has increased in a dramatic way. In 2015 and 2016, around thirty per cent of asylum applicants in the European Union were children. There has been a six-fold increase in the total number of child asylum applicants in the last six years.

Behind statistics, there are individual children that live through a range of experiences linked to migration, many of them traumatic. Migrant children are in a state of particular vulnerability, because of their age, their distance from home, and often their separation from parents or carers. Thus, they require specific and appropriate protection.

Both girls and boys in migration are exposed to risks and have often suffered from extreme forms of violence, exploitation, trafficking in human beings, physical, psychological and sexual abuse and before and/or after their arrival on EU territory. They may risk being marginalised and drawn into criminal activity or radicalisation. Children may go missing or become separated from their families. Girls are particularly at risk of forced marriages as families struggle in straitened circumstances or wish to protect them from further sexual violence. Risks are exacerbated when children travel unaccompanied or are obliged to share overcrowded facilities with adults who are strangers to them.

Protecting children is first and foremost about upholding European values of respect for human rights, dignity and solidarity. It is also about enforcing European Union law and respecting the Charter of Fundamental Rights of the European Union and international human rights law on the rights of the child. This is why protecting all children in migration, regardless of status and at all stages of migration, is a priority.

Immigration Detention of Chidren: Coming to a Close?

On 25 and 26 September 2017 in Prague, the international conference "Immigration Detention of Chidren: Coming to a Close?" took place, bringing together leading human-rights experts, officials from member states and civil society representatives who discussed international standards, good practices and findings from the field, in order to identify ways of promoting alternatives to the migration detention of children.

Guide for Parliamentarians: Visiting places where children are deprived of their liberty as a result of immigration procedures

The guide was developed by the Children’s Rights Division in cooperation with Defence for Children International Belgium for the Parliamentary Assembly of the Council of Europe (PACE), it was launched on 11 October 2017.

It is also available in French and Arabic.

Committee of Ministers of the Council of Europe

The guidelines on child-friendly justice, and their explanatory memorandum, were adopted by the Council of Europe in 2010. Based on existing international and European standards, in particular the United Nations Convention on the Rights of the Child and the European Convention on Human Rights, the guidelines are designed to guarantee children's effective access to and adequate treatment in justice.

They apply to all the circumstances in which children are likely, on any ground and in any capacity, to be in contact with the criminal, civil or administrative justice system. They recall and promote the principles of the best interests of the child, care and respect, participation, equal treatment and the rule of law.

The guidelines address issues such as information, representation and participation rights, protection of privacy, safety, a multidisciplinary approach and training, safeguards at all stages of proceedings and deprivation of liberty.