The North-South Prize has been awarded every year since 1995 to two candidates : a candidate from the North and one from the South (preferably to a man and a woman).

Candidates should be recognised within the following fields of action: human rights protection, defence of pluralist democracy, promotion of public awareness about issues concerning global solidarity and interdependence, and reinforcement of the North-South partnership. 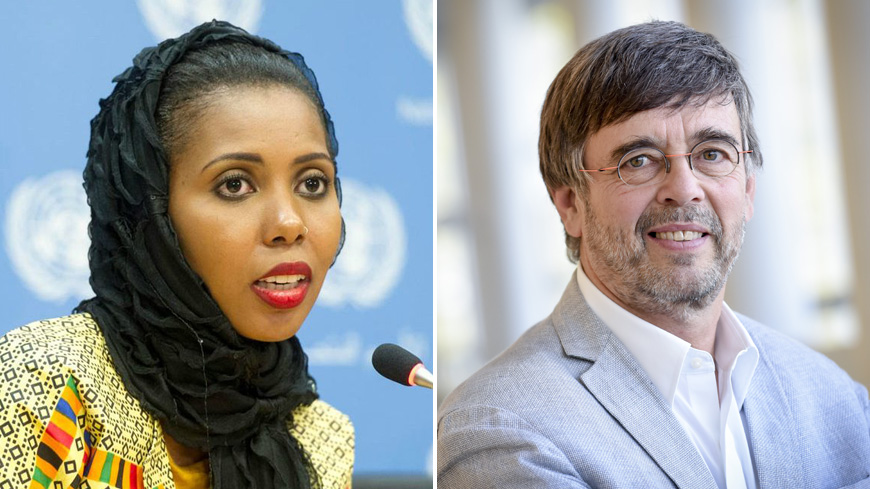 Jaha Mapenzi Dukureh founder and CEO of the Non-Governmental organisation “Safe Hands for Girls” and Damien Carême, Mayor of Grande-Synthe are the laureates of the North-South Prize of the Council of Europe 2018.

The Award Ceremony of the XXIV North-South Prize of the Council of Europe took place Friday 13 September at the Senate Room of the Assembly of the Portuguese Republic in Lisbon, with the presence of the President of the Republic, Marcelo Rebelo de Sousa.

The North-South Prize of the Council of Europe is awarded each year since 1995 to two candidates who have stood out for their exceptional commitment to promoting North-South solidarity. The candidates, preferably a man and a woman, must have distinguished themselves in the areas of protection of human rights, defence of pluralist democracy, public awareness raising on issues of global interdependence and solidarity. Despite the variety of nationalities and fields of action of those that have received the Prize since its creation, they all have in common a strong commitment to the promotion of North-South partnership.