Seminar “Women and Drugs: from policy to good practice” 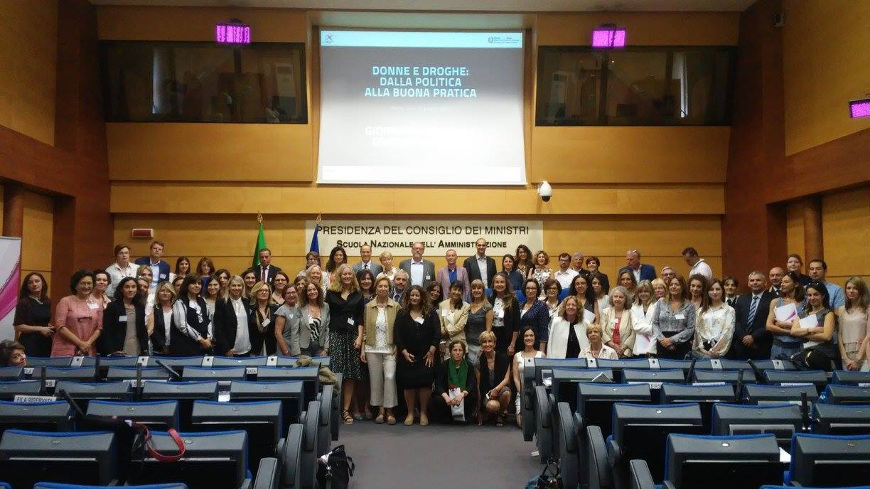 This event, co-organised by the Italian Department for Anti-Drug Policies (Dipartimento politiche antidroga) and the Pompidou Group of the Council of Europe, took place on 26 June, on the occasion of the International Day Against Drug Abuse and Illicit Trafficking.

The importance of appropriately mainstream gender in drug-related policies and programmes is recognized in the outcome document of the 2016 United Nations General Assembly Special Session on the world drug problem and in the CND 59/5 resolution on mainstreaming a gender perspective in drug related policies and programmes.
At the opening of the seminar by Ms Maria Elena Boschi, Undersecretary of State, Presidency of the Council of Ministers, Ms. Gabriella Battaini-Dragoni, Deputy Secretary General of the Council of Europe, stressed in a video address that “women who experience the coincidence of drug use and violence are among the most marginal voices in our societies” and that their interest and rights “are the most easily ignored”.

Her statement is backed by the policy-makers, researchers and practitioners who present good practices in women and drug addiction research, prevention, care and treatment and, drug related offences with the ultimate aim of integrating a gender dimension in drug policy. To this end, Italy, Spain and Sweden present how the gender dimension is introduced into their national drug strategies.

The issue of women in prison is discussed for the first time in this seminar. It takes into account the increase of the global female population in prison by 50 % in the last 15 years while the general prison population only increased by only 20 % with drug related offences being the main cause of this increase.

25 countries covering Europe and including former Pompidou Group Members such as the Netherlands and Spain along with neighbouring MedNET Mediterranean countries, Israel and representatives of the Palestinian National Authority are present along with Mexico, which joined PG in 2017 and participate for the first time in this PG event hosted by Italy.