Lublin is the largest city in Eastern Poland with a population of apx. 340 000 residents and important academic hub: home to 9 universities with a large population of international students. Modern immigration processes in Lublin started at the beginning of the 21st century, with the city opening up to internationalisation of its universities, reaching the level of 11,6% of international students in 2020. The largest foreign students groups come from Ukraine, Belarus, Taiwan and Zimbabwe. On the other hand, the proximity of the EU eastern border combined with boosting economy attracts ever growing migrant community with vast majority coming from east European countries.

Lublin is also home of well-established non-governmental organizations working in the field of intercultural integration as well as minorities support. The Municipality of Lublin welcomes the ongoing, long lasting cooperation in the field and participatory development of its integration policies through the Integration Support Group (2013-2020) which was then transformed into Civic Dialogue Commission on Lublin’s system of migrants integration.

Last but not least, well developed network of partner cities and international projects in the field of culture, business and science, participation, sports and issues such as inclusion policies, provides the City of Lublin with a wide scope of experiences and good practices which are being incorporated in local policies and city development strategy.

In 2023 Lublin will proudly carry the title of European Youth Capital.

There are 1085 (officially registered) foreign residents in the city and some 3000 foreign students registered with Lublin universities and colleges. This does not reflect the numbers of ethnic minorities given the sensitivities and difficulties of data collection (in a nationwide census carried out in 2002 only 350 people responded to a question relating to nationality alone). The municipality is aware of 14 German minority residents, some 100 Ukrainians (these statistics vary given the growing numbers of migrants seeking employment and staying only for a period). There are some 30 Russians known to the authorities and some 40 Jewish people. In the province there are some 670 members of the Roma community. Lublin is now receiving growing numbers of new migrants and asylum seekers mainly from Asia and the Middle East, with the largest (and growing) group being Chechens. The municipality faces challenges in integrating some of these groups, as they tend to perceive Lublin as a transit city to the rest of (Western) Europe.

Collaboration with Neuchâtel. Study visits and exchange of knowledge

Lublin, Krakow and Wrocław together against hate speech 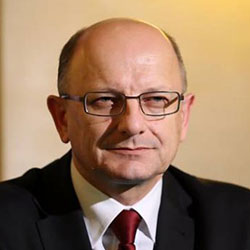