Neukölln is one of the largest boroughs of Berlin and one of the poorest regions in Germany with a very weak social infrastructure. These difficult general conditions have a very strong impact on the opportunities for citizenship in Neukölln. They are a “hard” benchmark for the results of intercultural integration, which is constantly in conflict with social, educational, integrative and economic problems.

Neukölln’s neighbourhood management policy was the key to led to increased democratic participation in decision making and the regeneration of disadvantaged urban areas. This success stems from the establishment in 2006/7 of ‘Quartiersräte’, loosely translated as neighbourhood ‘committees’ or ‘advisory boards’, in all of Berlin’s districts. Berlin-Neukölln has especially benefited from this initiative, which has given its culturally diverse residents the chance to be involved in tackling social issues and shaping their own neighbourhoods.

Neukölln has a population of 320,000. The majority group (ethnic Germans) makes up 58% of the city’s inhabitants. Non nationals make up 22% of the city’s population. Citizens with migrant background make up 48%. Neukölln is therefore shaped by immigration like no other Berlin district. In some of the northern areas of the district the percentage of residents with an immigration background stands at over 65%, in numerous schools over 90%. The biggest ethnic groups are the following: Turkish-12%; Arabian-9%; former Yugoslavia -4%; Polish-5%; Africans-2%, former Sowjetunion-2%.

In the last two years well educated young people from other European countries moved to the north of Neukölln. They do not immediately influence social life, but this should happen gradually. Neukölln leadres hope that they will stay, even when they start their family life.

With this new law Berlin put its institutions and policies of integration on a solid basis and declares as main principals of integration the participation of all and intercultural opening of administration and social services.

Fifteen Members plus four citizens’ delegate discuss problems of integration and give advice to the Neukölln parliament to optimise administrative actions.

In addition, the Neukölln Advisory board for integration is still in function (since 2004). Members wished to continue the successful cooperation between the administration and NGOs for the purpose of exchange of information and networking.

Neukölln publishes "Normalising Integration - Living together in an intercultural metropolis"

Six months from June to November 2017

11 months from February to December 2017 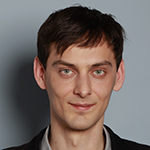