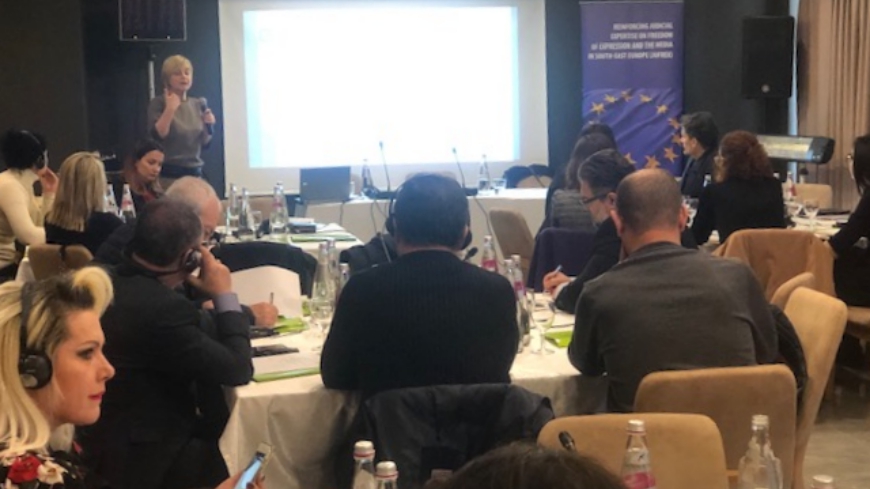 The joint project “Reinforcing Judicial Expertise on Freedom of Expression and the Media in South-East Europe (JUFREX)”, co-funded by the European Union and the Council of Europe and implemented by the Council of Europe, in close cooperation with the Albanian Bar Association, organised a training for lawyers on “Freedom of Expression and the Internet — Hate speech online” held on 6 December in Vlore, Albania. Around 30 participants discussed the web portals and searched engine responsibilities according to ECtHR case law, the right to be forgotten and the situation of hate speech in the online media in Albania. Some landmark ECtHR cases were discussed. The participants pointed out the lack of legislation in Albania covering abusive content online and few cases reaching the Albanian courts and the difficulties encountered with dealing with such cases.

The case was discussed in groups and presented by the teams representing various parties in the case.