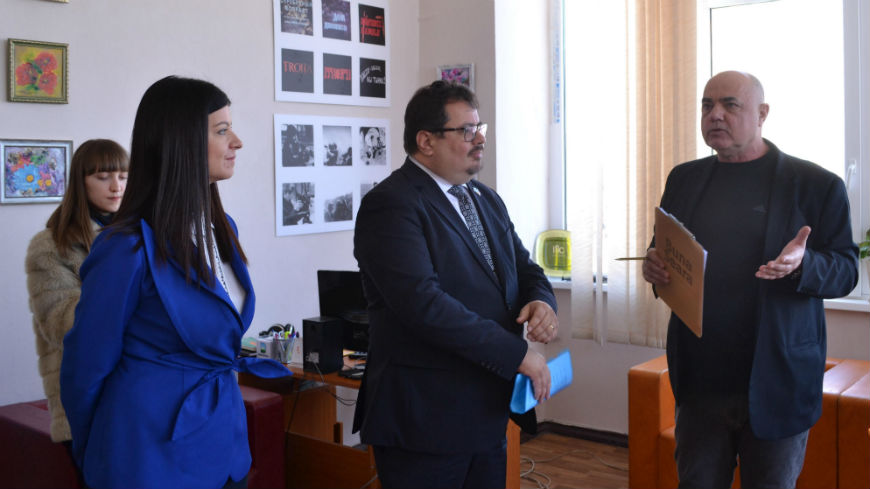 The Council of Europe and the public broadcaster Teleradio-Moldova officially opened the Documentary Films Department Telefim-Chisinau.

The re-launching Telefilm-Chisinau after about 25 years was possible due to assistance provided by the Joint Project between the European Union and the Council of Europe “Promoting media freedom and pluralism in the Republic of Moldova”.

The Council of Europe provided a comprehensive range of activities aimed at improving the editorial policies and diversification of video productions by the public service broadcaster. These initiatives will enable journalists to produce high-quality video content, in particular documentary films.

H.E. Ambassador Peter Michalko, Head of Delegation of the European Union to the Republic of Moldova, mentioned that the films by Telefilm-Chisinau should offer a realistic picture of present day Moldova for the next generations. “The activity of this department is also very important in the context of preserving the country’s cultural heritage”, Ambassador Michalko added.

Mircea Surdu, director of Telefilm-Chisinau, said that the department has the responsibility to continue the good traditions of documentary film making within public service broadcasting. In 2018 Telefilm-Chisinau plans to produce ten documentaries. The European Union and the Council of Europe support the production of a series of documentaries covering the European Union integration experience of six EU countries (Slovenia, Croatia, Estonia, Latvia, Slovakia and Czech Republic). The premiere of the first film is planned on the 27th of February. Teleradio-Moldova will broadcast the documentaries on TV Moldova 1 and will make them accessible to all citizens of Moldova on its online platform.

Link to news on Teleradio-Moldova