The Council of Europe launches a new media project in Azerbaijan 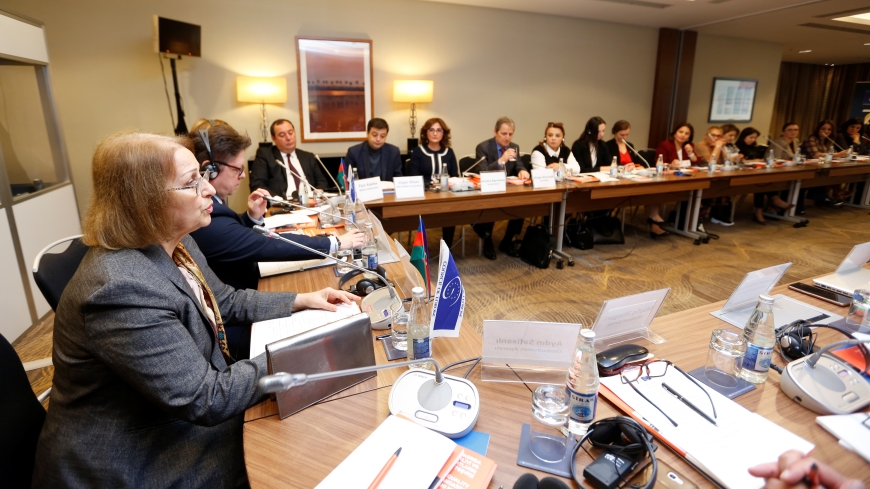 Ambassador Zoltan Hernyes, Head of the Council of Europe Office in Baku, Sadagat Gahramanova, Deputy Head of the State Committee for Family, Women and Children Affairs,  Simona Gatti, Minister Counsellor, Head of Cooperation Office, EU Delegation, Aydin Safikhanli, Head of the Ombudsman Office, Elchin Khalafov, Acting Rector of the Academy of Justice, Mushfig Alasgarli, Deputy Head of the Azerbaijan Press Council, Vugar Aliyev, Dean of Journalism Faculty of Baku State University addressed the audience at the opening session. It was stressed that the new project aims to review the legal framework on media from a gender equality perspective and provide recommendations to bring these in line with the European standards; to conduct data collection on gender in Azerbaijani media; to raise awareness on CoE standards on gender equality and media freedom among journalists and law professionals; and to improve the quality of journalism education by developing textbooks on “Journalism ethics” and “Gender equality and media freedom”. Law and media experts as well as representatives of civil society  raised the main issues of concern existed in the country on gender equality and media and made their proposals on how to improve the situation. About 40 representatives of state authorities, academia, journalists, civil society, international organisations and embassies participated in the launching conference and took an active part in discussions.

Media coverage of the event: