The achievements of a Joint EU-CoE Media Project, discussed in Strasbourg 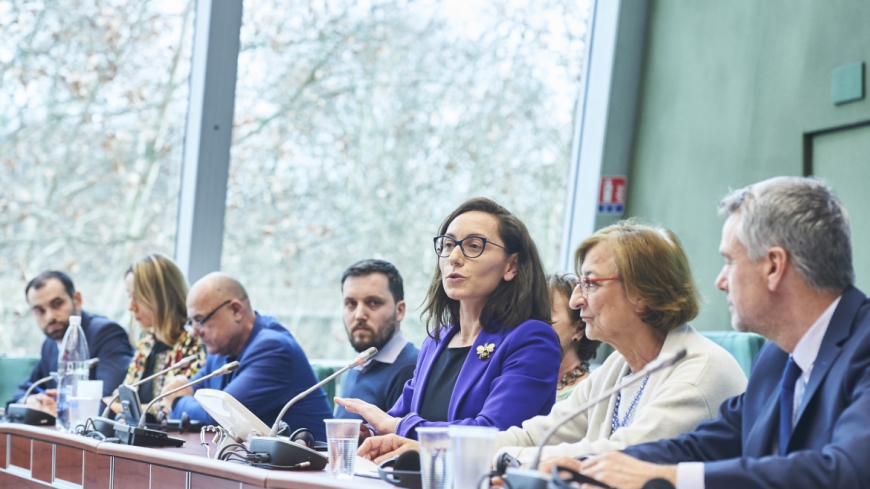 The results of the EU-CoE Joint Project "Promoting media freedom and pluralism in the Republic of Moldova" have been presented in Strasbourg during a round table organised by the Permanent Representation of the Republic of Moldova to the Council of Europe. The event included the screening of an award-winning documentary film produced with the assistance of the project.

H.E. Ambassador Corina Călugăru, Permanent Representative of the Republic of Moldova, underlined that the project addressed the needs of Moldova to strengthen the broadcasting sector through implementation of European standards in drafting and implementation of the regulatory framework related to media pluralism and in enhancing the professionalism of public service broadcasters.

“The project provided expert assistance in drafting the new Audiovisual Code which was adopted by the Moldovan Parliament. Crucial support was also provided in setting up the Documentary Films Department Telefilm-Chisinau and the Training Centre of the national public service broadcasting as well as in building the institutional capacity of the audiovisual regulator and regional public service broadcasting in Gagauzia. We were delighted to learn that the documentary “Soroca’s Great Theatre” by Telefilm-Chisinau produced with assistance of the project won the prestigious ADAMI Media Prize for Cultural Diversity in Eastern Europe”, Corina Calugaru said.

Gabriella Battaini-Dragoni, Deputy Secretary General of the Council of Europe, highlighted that the ADAMI Media Prize awarded documentary produced within the project is “just the top of the iceberg” but “as our work continues, it is also a welcome reminder of the good we can achieve”.

Patrick Penninckx, Head of the Information Society Department, mentioned the important results of the current project, especially the support to the audiovisual legislation reform as well as the creation of a Training Centre and a Documentary Film Department within the national public service broadcaster.

“A lot still remains to be done in order to support the progressive alignment of the media sector in Moldova to European standards. The Moldovan institutions need support in implementation of the new audiovisual legislation as well as in addressing hate speech in the media through media literacy, critical thinking and internet governance”, Patrick Penninckx said.

The discussions were followed by the screening of the documentary film "Soroca’s Great Theatre", winner of the ADAMI Media Prize for Cultural Diversity in Eastern Europe. Eugeniu Popovici, director of the movie, and Mircea Surdu, director of Telefilm-Chisinau, participated in the event. They highlighted the crucial support provided by the project in setting up Telefilm-Chisinau as a centre of journalistic excellence aimed at enhancing the quality of Teleradio-Moldova video productions and ensuring content diversification.