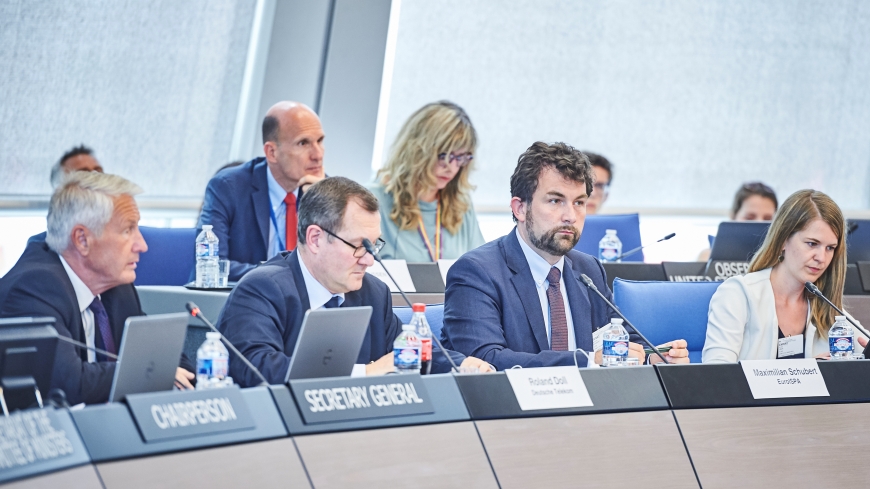 Representatives from a number of internet and telecommunication companies, with which the Secretary General exchanged letters regarding co-operation with the Organisation, took part in an exchange of views with delegations in the framework of the TC-INF.

Opening the meeting, the Secretary General of the Council of Europe, Thornbjørn Jagland, underlined that businesses have a major share in responsibility for the impact that modern technologies bring with them, expressed appreciation for business partners’ collaboration to date and hope that this can be taken further.

Deputies and representatives of the internet and telecommunication companies exchanged views on the co-operation that has taken place to date in the framework of the partnership with the Council of Europe, noting good progress in areas such as internet governance, the fight against cybercrime and education.

They further debated approaches to algorithmic moderation of content and prevention of misinformation, notably during elections; as well as the opportunity of a legal framework for the development, design and application of artificial intelligence based on Council of Europe standards.