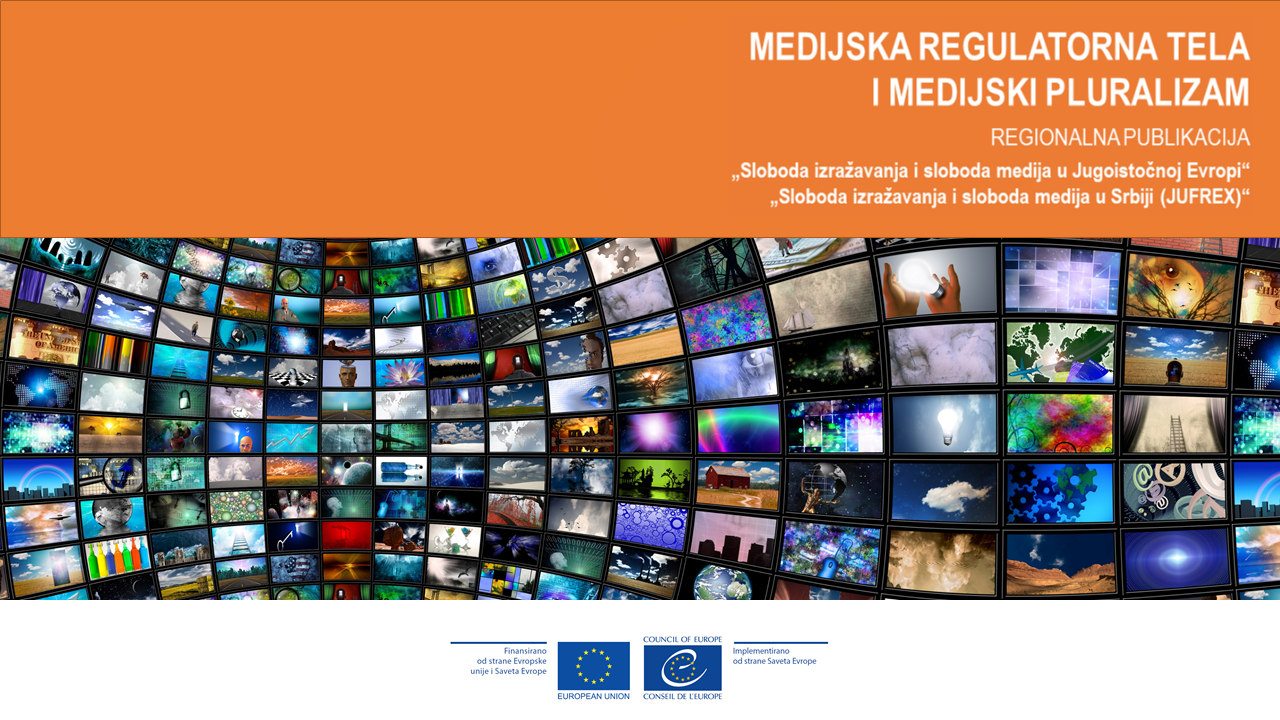 The publication “Media regulatory authorities and media pluralism” prepared under the regional action on “Freedom of expression and freedom of the media in South-East Europe (JUFREX)” is now available in Serbian.

The publication aims to contribute to a wider understanding of the concept of media pluralism, its institutional and policy-related importance and the fundamental role of media regulatory authorities in this field. It analyses issue of media pluralism through the prism of European standards, legislative and institutional frameworks, existing practice and proposed measures towards the enhancement of diversity.

The publication was prepared in co-operation with media regulatory authorities from the Western Balkans (June 2021) and will serve as a basis for numerous further activities of not only media regulators but also other relevant stakeholders, contributing to adequate application of European standards and best practices, at the same time leading to improvements in the media sector in the region.

This is the third publication developed through the joint efforts of European Union, Council of Europe projects and media regulatory authorities from this region, previous two dealing with the hate speech issues (2017) and protection of minors (2019).

The Serbian version of the publication has been prepared within the action on “Freedom of expression and freedom of the media in Serbia (JUFREX)” implemented as a part of joint European Union and Council of Europe programme “Horizontal Facility for the Western Balkans and Turkey 2019-2022”.