Public Broadcasting, A Choice for Democracy 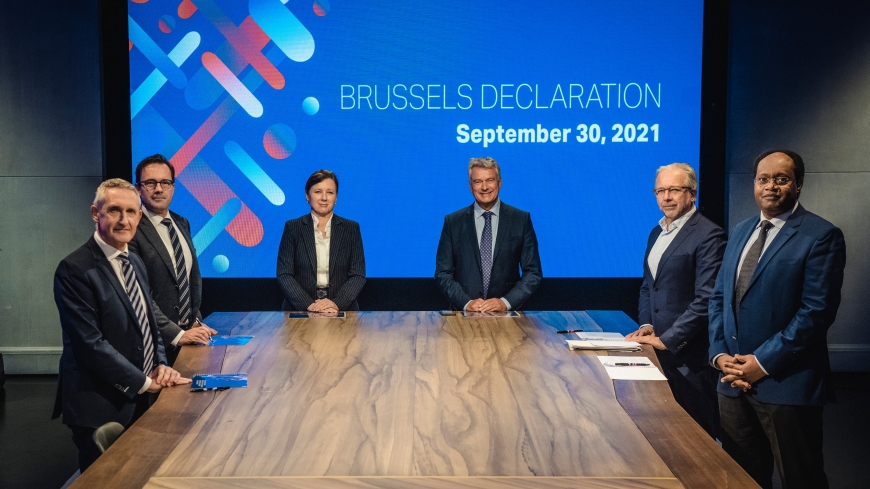 Council of Europe was represented at the international conference "A Choice for Democracy", organised in Brussels on 30 September by the Public Broadcasters International (PBI) organisation. The conference opening was marked by the address of Věra Jourová, European Commission Vice-President for Values and Transparency.

Patrick Penninckx, Head of the Information Society Department, informed the participants on Council of Europe’s long-standing cooperation with the public media. He further promoted the latest standards on media freedom and freedom of expression relevant to public service media.

He also spoke in support of the Brussels Declaration for the protection and safety of journalists worldwide launched by PBI: “The Council of Europe, just like PBI has at the centre of attention the challenges to media and democracy of our digital era. Our common goal and ultimate aim is for the citizens to be informed in a free and professional manner, with accurate, pluralistic, balanced and quality information, in the full respect of the freedom of expression. The Brussels declaration clearly reflects this by stressing the urgent need of enforcing the protection of journalists’ safety, recognising the role and promoting an independent and pluralistic media - including the community media, combating disinformation and hate speech, raising awareness with regards to the importance of media and information literacy in enabling an informed and diverse public debate for a tolerant and inclusive society. The Council of Europe has always shown an unwavering commitment to all these components of the driving motor in a democratic society where the freedom of expression right is fully exercised. Thus, we congratulate PBI for speaking with a strong voice through the Brussels declaration and of course we stand up in its support.”