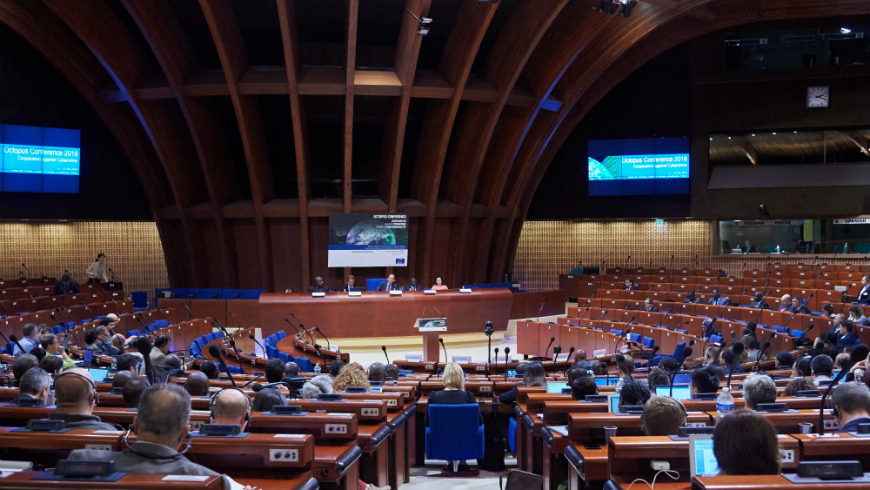 From 11 to 13 July, the Council of Europe brings together ministers and other high-ranking government representatives, criminal justice experts, and representatives from the Internet industry, civil society and data protection organisations from all over the world to step up international cooperation in the fight against cybercrime.

The Octopus conference will focus on solutions to strengthen the rule of law in cyberspace through a Protocol to the Budapest Convention. Consultations will be held with civil society, data protection experts and industry to review proposals for more effective ways to secure electronic evidence needed in criminal investigations, for example, through mutual legal assistance and direct cooperation with service providers. The Protocol is to be finalised by the end of 2019. A related topic is access to the WHOIS directory containing information on domain names.

“Access to evidence stored on virtual servers in the cloud is vital to protect society and individuals against cybercrime. Without data, there is no proof and therefore no justice. The adoption of a new protocol to secure evidence in the cloud while respecting the safeguards imposed by the rule of law will be another key milestone in this treaty’s history,” said the Council of Europe Secretary General, Thorbjørn Jagland.

Cyberviolence, the global state of cybercrime legislation, progress made through capacity building programmes and Artificial intelligence will also be discussed.

In his opening speech, Jan Kleijssen welcomed the 10 new Parties which have joined the Budapest Convention since the last conference held in 2016.

He highlighted the work started by the Cybercrime Convention Committee (T-CY) with regard to the new additional Protocol on enhanced international cooperation and access to data on cloud servers, as well as the modernisation of Convention108 on dataprotection, recently adopted by the Committee of Ministers.