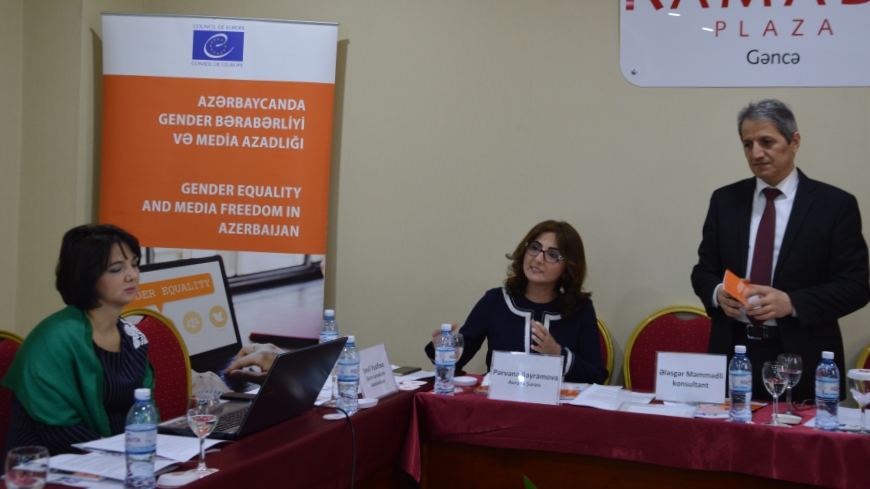 In his opening speech Mr Zoltan Hernyes, Head of the Council of Europe Office in Baku mentioned that this year is marked by several important anniversaries and reminded two of them which are of particular relevance to the information sessions - the 100th anniversary of a landmark law adopted by the Parliament of Azerbaijan Democratic Republic, granting voting rights to all individuals, including women and the 70th anniversary of the Council of Europe. He called it highly symbolic, that in the context of these two anniversaries, the information sessions on “Gender equality and media” took place in Ganja, in the first capital of the ADR.

The information sessions were organized in close cooperation with the Ombudsman Office and the Press Council and conducted by the experienced local consultants and representatives of civil society. Two information sessions brought together over 40 journalists and representatives of civil society from Ganja and nearby regions - Yevlakh, Barda, Tartar, Gazakh, Goranboy, Tovuz and Shamkir.

Media coverage of the events: