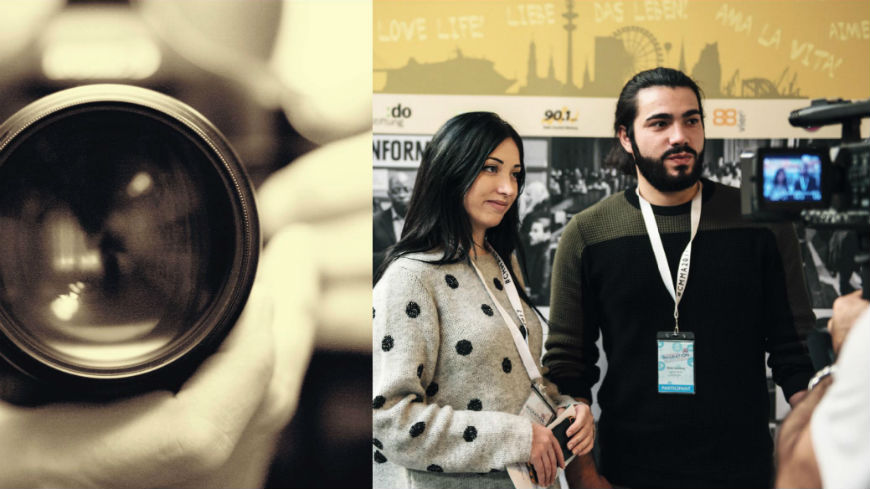 Media as facilitators of public debate are widely viewed as a key tool for managing the increasing diversity in society. Mainstream media constitute key and trusted resources for officials and the public to make sense of unfolding events and take appropriate action. Thus, the role of the media is crucial in providing a platform for complex issues to be unpacked, problematised and presented to the public.

When reporting on arrivals of refugees and migrants to Europe throughout 2015-2016 however, media have played a central role in framing these events as a “crisis”. This perspective contributed to negative and sometimes hostile attitudes amongst the public toward the newcomers.

Two recent Council of Europe reports examine the role of media, the expectations and needs in the communication domain of migrants and refugees themselves, and the responses by community media.

The Council of Europe Leaflet on Media and Refugees informs about the reports “Media coverage of the “refugee crisis”: A cross-European perspective” and “Spaces of Inclusion – Needs of refugees and migrants in the domain of media communication and on responses by community media”. It also derives and summarises recommendations for an inclusive media policy with respect to migrants and refugees and proposes next steps.