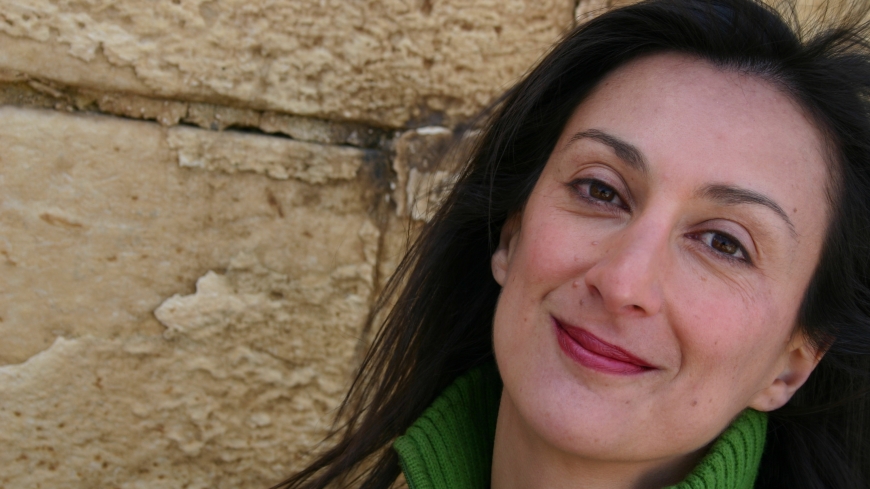 To pay tribute to Daphne Caruana Galizia and raise awareness about the dangers faced by journalists in exercising their profession, the authors of the study “A Mission to Inform: Journalists at Risk Speak Out”, Marilyn Clark and William Horsley, have published today - on the third anniversary of her assassination on 16 October 2017 - the last interview the Maltese investigative journalist ever gave.

The face to face interview, carried out on 6 October 2017, was one of the 20 interviews with journalists from across Council of Europe member states commissioned by the Council of Europe for the study published as a book this week. The study aims to provide insights into the different forms of intimidation and pressure experienced by journalists in Europe.

The abridged version of the interview published today was carefully edited by Marilyn Clark and William Horsley. According to the editors, the interview with Daphne Caruana Galizia “is a first account of how the journalist, columnist and blogger was exposed to years of physical, psychological, judicial and economic harassment and intimidation by many who sought to deter her”. It also portrays the “dangerous realities of the journalist´s everyday life as well as those of for many other investigative journalists who strive to hold power to account”.

The interview was not intended to be published in full or as a stand-alone document but is now published in recognition of its significance as the journalist´s last assessment of the circumstances of her life and work before her assassination. Her words stand as a powerful testimony of the “climate of fear” in which many journalists undertake their work.

The interview is published together with a foreword by Stefan Schennach, General Rapporteur media freedom and safety of journalists at the Parliamentary Assembly of the Council of Europe and a tribute by her son Andrew Caruana Galizia.