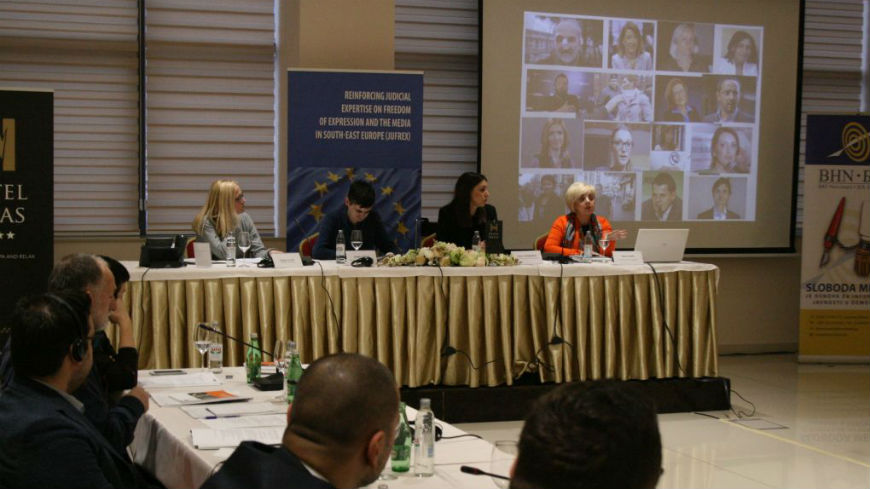 Attacks and threats that journalists in BiH are faced with are a serious threats to freedom of expression.  In order to improve the security of journalists, investigations of the attacks as well as judicial procedures should be more efficient. How to accomplish it was the key question the participants of the Inter-professional seminar, organised within the framework of the EU/Council of Europe Joint Program  “Reinforcing Judicial Expertise on Freedom of Expression and Freedom of the Media in South East Europe” (JUFREX), tried to answer.

Addressing impunity of attacks against journalists and media professionals in BiH and improving the representation of journalists / editors / publishers before the courts in Bosnia and Herzegovina were the goals this seminar was dedicated to. One of the speakers at the event was an attorney at the European Court of Human Rights, Gokce Turkyilmaz, who presented European standards for the protection of journalists through the case law of the Strasbourg Court.