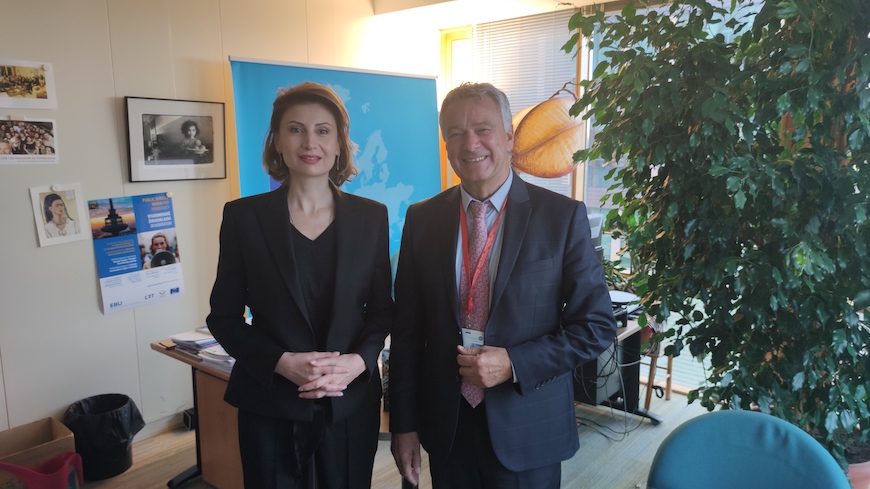 Patrick Penninckx, Head of the Information Society Department, met on 14 November with the new Permanent Representative of Georgia to the Council of Europe, Ambassador Tamar Taliashvili.

The Ambassador informed that the review of the Georgian draft Law on Broadcasting is on top of the agenda of the Georgian Government and that the issue is among 12 recommendations of the EU to be fulfilled in order to get candidate status for the country. Patrick Penninckx replied that respective request has been received by the Georgian Parliament, reply provided and the Council of Europe expert opinion regarding the draft Law on Broadcasting is in progress and will be forwarded in due time.