Defamation and Journalism in Bosnia and Herzegovina 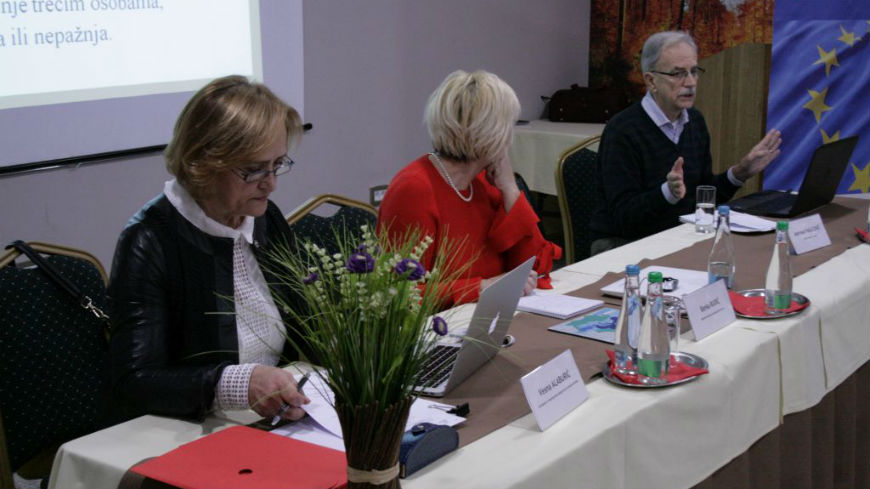 Inter-professional seminar for the media and judiciary actors, within the framework of joint program of EU and Council of Europe, “Reinforcing Judicial Expertise on Freedom of Expression and Freedom of the Media in South East Europe” (JUFREX), took place on 10th and 11th of February 2018, on Trebevic Mountain near Sarajevo. The purpose of the inter-professional seminars is to provide the opportunity for different stakeholders interested in freedom of expression and media, to enter into the dialogue and share their views and different perspectives. The event was organised by Association of Journalists BiH, a JUFREX grantee, and the topic of the discussion was the defamation, in the context of BiH. The concrete libel cases against journalists in BiH were discussed at the seminar by many present journalists, judges, and lawyers- representatives of different media outlets.

Media and media law expert, Mehmed Halilovic presented the analysis of the defamation cases against journalists, editors and publishers in Bosnia and Herzegovina, pointing to the need of upgrading the system of tracking of these cases at the national courts. The experienced media lawyer from Croatia, Vesna Alaburic shared her experience and understanding of the Council of Europe’s standards on defamatory speech and the media freedom, through presenting and commenting some cases of ECtHR. The judge of Sarajevo Municipality Court Sanela Gorusanovic-Butigan, shared some of her cases of libel, whereas a number of journalists and editors presented their cases. The discussion pointed to a very different practice in BiH courts in regards to defamation: while some the courts are applying the standards of Article 10 of ECHR, there are also courts that do not. This needs to be balanced in the following period, is one of the conclusions that all participants of this event agreed upon.