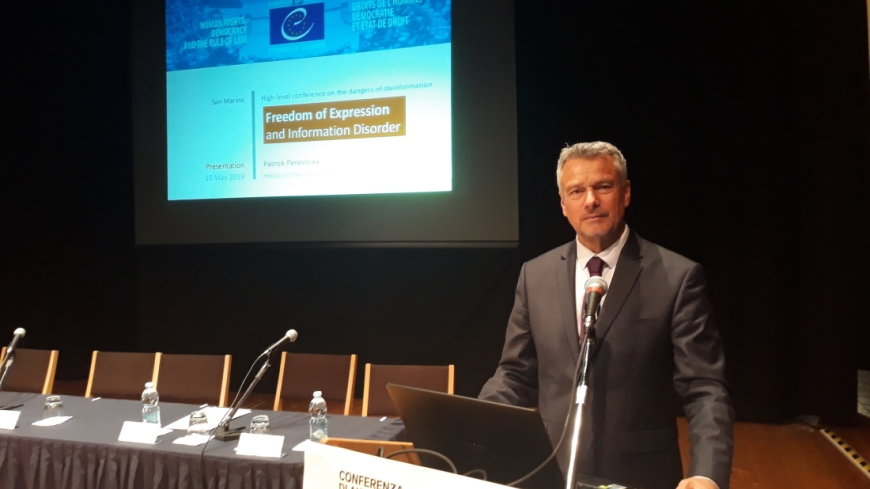 A high-level conference on the dangers of disinformation took place in San Marino on the 10th May 2019. Prompted by video messages from Thorbjørn Jagland, Secretary General of the Council of Europe and Antonio Guterres, Secretary General of the United Nations and the address by Nicola Renzi, Minister of Foreign and Political Affairs and Justice of San Marino, participants debated on how to counter “fake news” and safeguard health in the post-truth era.

Patrick Penninckx, Head of the Information Society Department of the Council of Europe, presented in more detail relevant Council of Europe activities such as the study on information disorder which provides a solid conceptual framework for addressing the phenomenon, the Committee of Ministers recommendations on media pluralism and transparency of media ownership, and on responsibilities of internet intermediaries, and the latest CM declarations on sustainability of quality journalism in the digital age and on manipulative capabilities of algorithmic processes.