Council of Europe standards and European Court of Human Rights case-law in the area of safety of journalists and other media actors, presented at the OSCE Training for Serbian prosecutors and police officers. 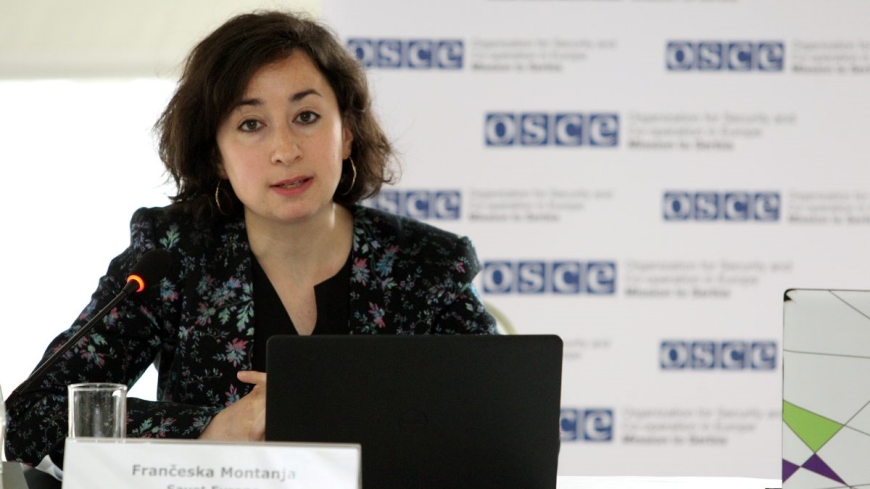 On 16-17 May 2019, the OSCE held a two day training on “The importance of journalism and effective conduct of the competent authorities when the safety of journalists is violated” in Belgrade, Serbia. The training was carried out in the context of an agreement between the Serbian prosecuting authorities, the Ministry of Interior and journalists associations to increase the level of journalists’ safety and end impunity.

The training addressed 50 police officers and prosecutors who are tasked with the implementation of the Agreement, with a view to improving their understanding in the area of safety of journalists and the required conduct.

Ms Francesca Montagna, Administrator at the Media and Information Society Department of the Council of Europe, presented two modules covering:

She addressed the role played by the Media in a democratic society, the paradigmatic shift in the media environment witnessed in the last decade and the Council of Europe’s response to these challenges through its standard setting work. The importance of the Committee of Ministers Recommendation on the “Protection of Journalism and the Safety of Journalists and other Media Actors” was particularly emphasized, including its protection and prosecution pillars and the rich body of case-law of the European Court of Human Rights (ECtHR) in this area which underpins the Recommendation. Information was also provided on the Recommendation’s Implementation Strategy.