Conference on “Gender equality and media” organised in Baku 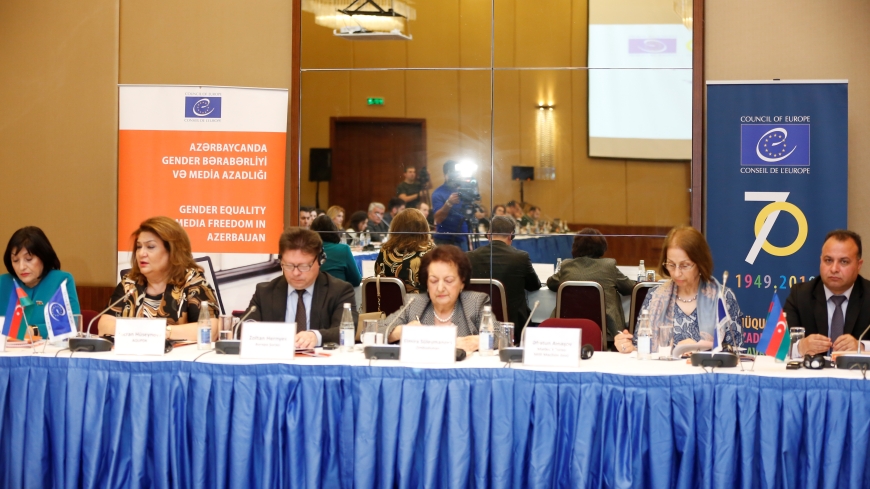 Ms Hijran Huseynova, Head of the State Committee for Familty, Women and Children Affairs, Ambassador Zoltan Hernyes, Head of the Council of Europe Office in Baku, Ms Elmira Suleymanova, the Commissioner for Human Rights (Ombudsman) of the Republic of Azerbaijan, Ms Sahiba Qafarova, Member of Milli Majlis and Member of the Committee on Equality and Non-discrimination of the PACE and Mr Aflatun Amashov, Member of Milli Majlis and Head of Azerbaijan Press Council addressed the opening session of the conference. The three sessions of the conference respectively focused on “Council of Europe, gender equality and media freedom”, “Azerbaijan Democratic Republic, women’s rights and the media” and “Gender equality in Azerbaijani media: perspectives and challenges”.