Better access to media for people with sensory disabilities: self-regulatory document based on European standards 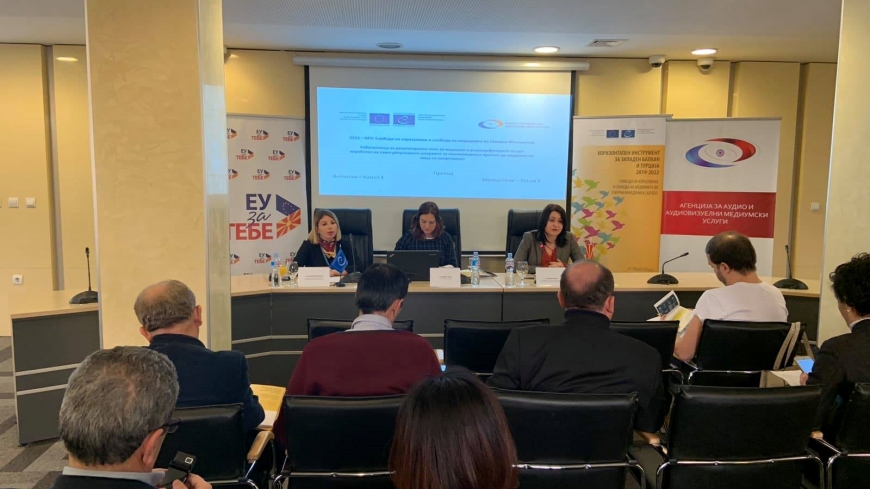 The workshop devoted to expanding an access to media for people with sensory disabilities conducted with the Agency for Audio and Audio-visual Media Services under the Action “Freedom of expression and freedom of the media in North Macedonia” (JUFREX2), the part of the “Horizontal Facility for the Western Balkans and Turkey II”, a joint EU/CoE programme implemented by the Council of Europe, took place on 29 January 2020 in Skopje.

Access to media for people with sensory disabilities was the topic discussed between the representatives of the media regulatory agency, the broadcasters and the international expert, Ms Deirdre Kevin, engaged by the Council of Europe. This workshop was the first in a set of activities foreseen to be organised in cooperation between the Council of Europe and the Agency in a period of three years for the purpose of creating and enabling environment for freedom of expression and freedom of the media. Debates during the workshop were dedicated to the rights and obligations of states, media actors and other stakeholders in relation to the Council of Europe standards and practices, as well as other international standards.