20th Plenary meeting of the CDMSI 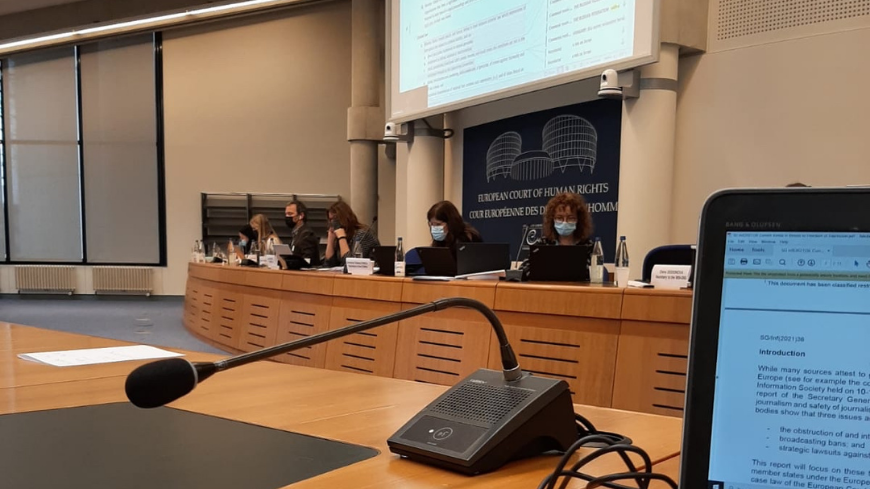 On 1-3 December, the Steering Committee on Media and Information Society (CDMSI) held its 20th Plenary meeting, which closes another biannual cycle of the Committee’s work. Among the important outcomes of the meeting are:

The CDMSI also discussed the draft Recommendation on combating hate speech and its draft Explanatory Memorandum, prepared by the Committee of Experts on Combating Hate Speech (ADI/MSI-DIS). Approval of this text is expected in a joint session with the Steering Committee on Anti-Discrimination and Inclusion (CDADI) on 9 December.

The above draft standard-setting documents will be further submitted to the Committee of Ministers for adoption in 2022.

As a final instance, the CDMSI adopted the Guidance note on the prioritisation of public interest content online (prepared by the MSI-REF).

At the meeting, Mr Taavo Lumiste (Estonia) was unanimously elected as the CDMSI Chair, and Ms Inge Welbergen (the Netherlands) - as Vice-Chair. The CDMSI also elected its Bureau for the next reference period, and experts representing member states in the three newly established Committees of Experts subordinate to the CDMSI:

Also, the CDMSI admitted European Centre for Press and Media Freedom (ECPMF) and the News Media Coalition (NMC) as observers to the Steering Committee.

A full report of the 20th Plenary meeting of the CDMSI will be published on the Committee’s official webpage soon.