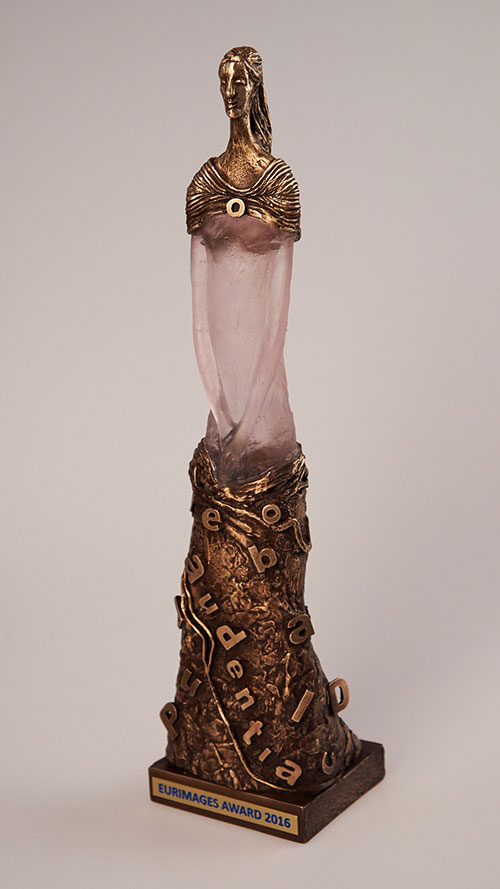 The award, a cash prize of 30 000 euros, has been instigated by Eurimages alongside a raft of other measures to promote greater gender equality in the European film industry.

Audentia – meaning “courage” and “bravery” in Latin – reflects two vital qualities for any woman wishing to pursue a career in film directing. With the Audentia Award, Eurimages intends to celebrate women who have had the courage to make that choice, by giving their work greater visibility and inspiring other women to follow in their footsteps.

The statuette of the first prize (see left) designed by artist Ewa Rossano.

The winner of the 2018 Audentia Award is announced