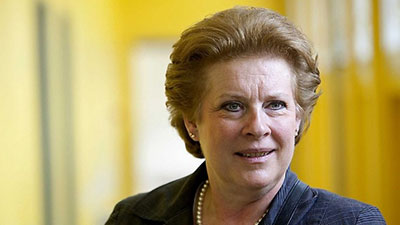 Catherine Trautmann is a former member of the French National Parliament (1986 to 1988) and Secretary of State for Social Affairs and Employment, responsible for the elderly and disabled in 1988.

Since October 2014, Catherine Trautmann is the new European Coordinator for the North Sea-Baltic core network corridor.

In March 2015, she succeeded Jacques Toubon as co-president of the Franco-German Cultural High Council (HCCFA).

Catherine Trautmann holds a masters degree in Protestant theology from the Faculty of Theology in Strasbourg. She is an Officer of the Legion of Honor, Commander of Arts and Letters and Honorary Doctor of the University of Leicester. She also received the Officer's Cross of the Order of Merit of the Federal Republic of Germany.

Catherine Trautmann was elected President of the Eurimages Fund for a four-year term of office until 31 December 2020.

During its meeting in December 2020, Eurimages Board of Management re-elected Ms Catherine Trautmann unanimously and by acclamation as President of the Fund for a second four-year term starting on 1 January 2021.

Send an e-mail to the President