Eurimages Board of Management 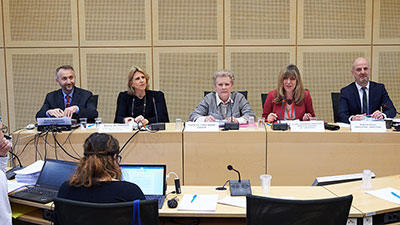 The Eurimages Fund is managed by a Board of Management where each member state is represented.

The Board of Management adopts the budget of the Fund and defines its policy and strategy. It determines the conditions under which financial support is to be awarded and adopts the list of independent external experts who may be called upon to recommend co-production and other projects for support.  It meets at least once a year, either in person or online.

The Board of Management elects its President from amongst the personalities proposed by the member states. The President’s role is to represent the Fund on audiovisual policy matters, to chair meetings and to engage in an active dialogue with professionals of the film sector.

To prepare its decision-making, the Board sets up working and study groups, composed of a limited number of Board members.  The Board decides upon the terms of reference of these groups, whose proposals or recommendations are submitted to the Executive Committee or to the Board.  Currently four working groups, on Co-production Support, Cinemas Support, Promotion and Gender Equality & Diversity, meet three times a year to make proposals to the Executive Committee or Board.

Support decisions and accession of a new member State