Hungary is making a voluntary contribution to a number of their presidency priorities, including action against cybercrime 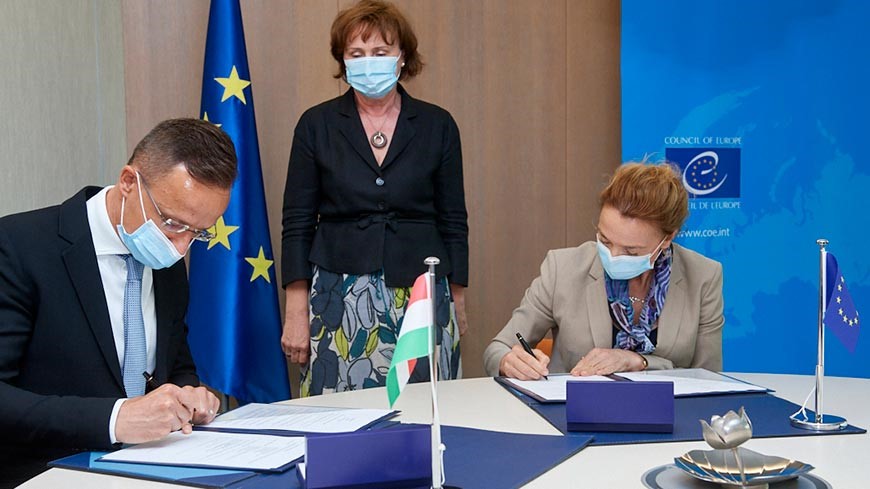 In the framework of their Presidency to the Committee of Ministers, Hungary made a voluntary contribution to eight of their chairmanship priorities, including action against cybercrime through the Octopus Project. The amount of EUR 50 000 is to be used to support the activities implemented throughout the entire duration of the project.

The Octopus Project aims to support the implementation of the Budapest Convention on Cybercrime (CETS 185), its Protocols and related standards through the Cybercrime Convention Committee (T-CY) and the Cybercrime Programme Office (C-PROC).

This year the Octopus Conference, one of the biggest and finest platforms of exchange on cybercrime will be held in cooperation with the Hungarian Presidency. Given that the Budapest Convention on Cybercrime will celebrate its 20th anniversary in November, the Octopus Conference will mark the occasion, as well as the Second Additional Protocol to the Convention on enhanced cooperation and disclosure of electronic evidence as two special events.

As mentioned in the Priorities of the Hungarian Presidency of the Committee of Ministers of the Council of Europe (21 May – 17 November 2021), “the Hungarian Presidency would like to play a strong role in the celebration of this anniversary in conjunction with the Octopus Conference of the Council of Europe. It is closely following the preparation of the Second Additional Protocol to the Budapest Convention on Cybercrime that is to address complex questions of crime, jurisdiction, rule of law and human rights in cyberspace and supports its adoption by November coinciding with the 20th anniversary of the Convention.”

Hungary has signed the Budapest Convention in 2001 and ratified the Treaty in 2003, being one of the 66 countries worldwide to have joined the Convention on Cybercrime thus far, together with the 11 Observers.