You were redirected to https://www.coe.int/en/web/cybercrime/-/octopus-conference-2019-outcomes-of-the-1st-dat .

Marija Pejčinović Burić: The Budapest Convention will remain the most relevant international standard on cybercrime 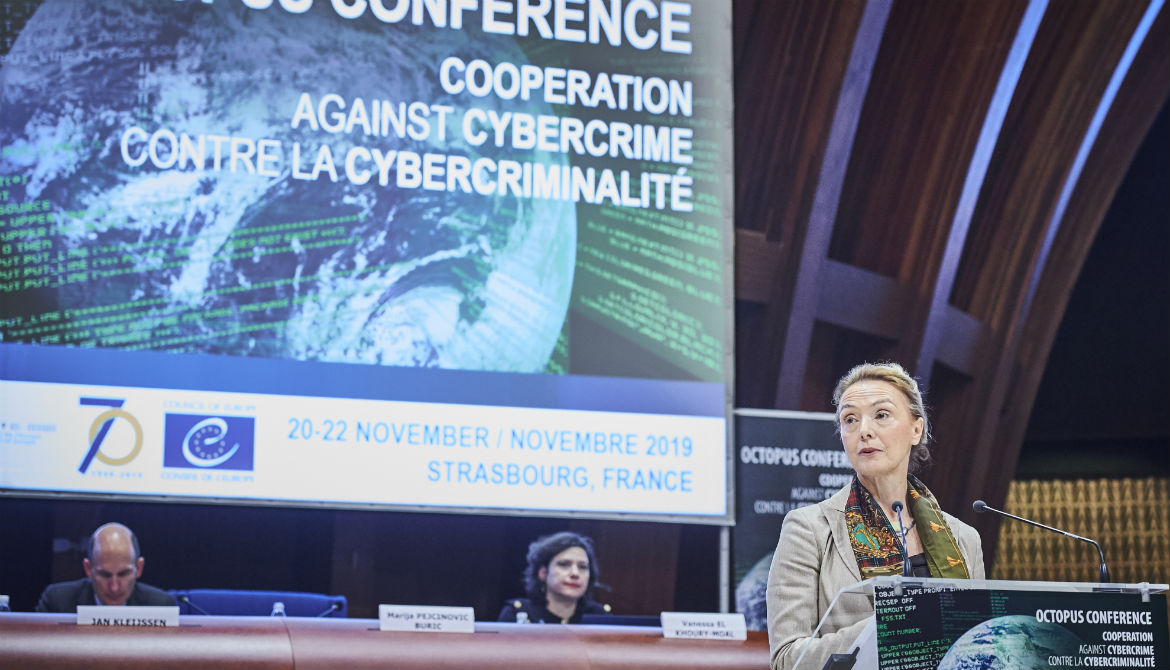 Speaking at the opening of the conference on cybercrime, Secretary General Marija Pejčinović Burić stressed the importance of the Budapest Convention, the only legally-binding international treaty, which is used on a daily basis by criminal justice authorities in national and international investigations.

“Cybercrime is causing increasingly serious damage to our societies, and it is imperative that we fight it,” she said. Computer-related crimes affect businesses but also take the form of attacks on democracy and elections, the sharing of millions of child pornography images and the theft of billions of personal data”.

“That is why, at the Council of Europe, we want to promote the criminal justice response to the challenges of cybercrime and electronic evidence,” she said.

The Secretary General also highlighted the need for technical assistance to strengthen legislation; training for investigators, prosecutors and judges; and co-operation between the public and private sectors and at international level.

In the last twelve months, 240 capacity-building activities have been supported by the Council of Europe Cybercrime Programme Office in Bucharest, involving more than 120 countries, “all of which have met the prerequisite of committing to national legislation in line with Budapest Convention standards”.

Finally, the Secretary General referred to the dynamism of the Convention, mentioning a recently adopted guidance note on election interference and the preparation of a new Protocol. This new text, which is to be finalised by the end of 2020, will provide innovative solutions to secure electronic evidence more efficiently, in line with data protection and rule of law safeguards.